After two years of online presence I finally decided to start appearing at physical events again, and recently ended up attending Randlab meetup and the ConfrontJS conference two days later. 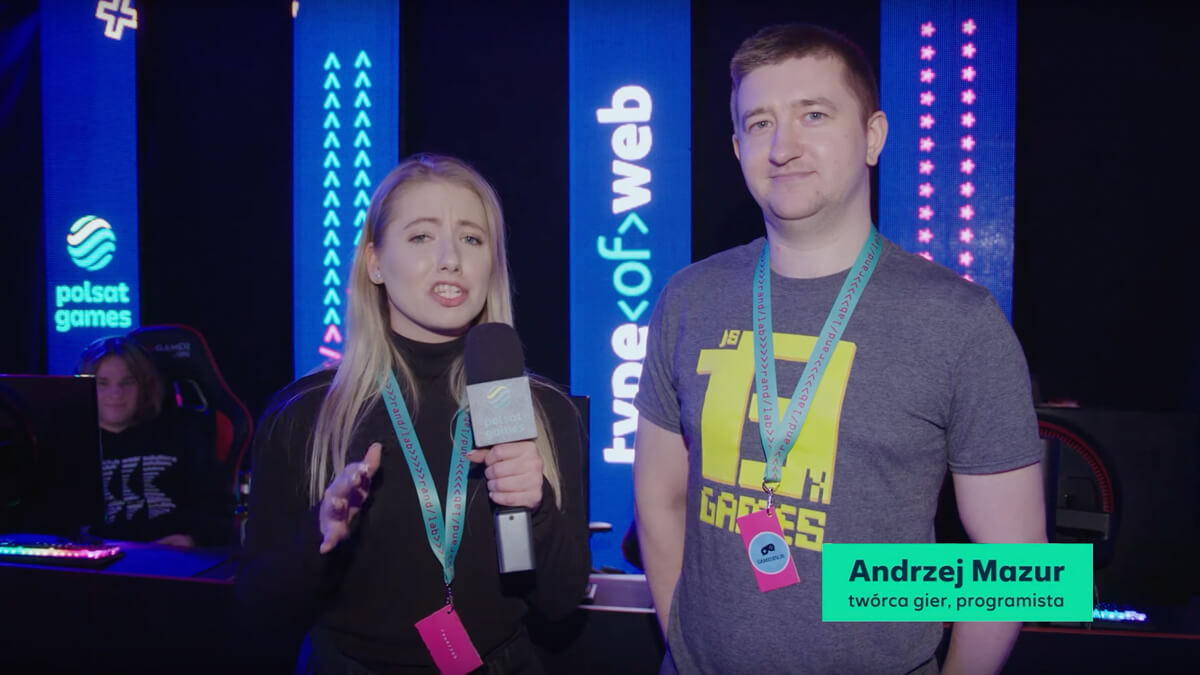 The first edition of the Randlab meetup happening in Warsaw’s Esport SPOT was held on Thursday March 24th, with Michał Miszczyszyn and Michał Michalczuk talking about the front-end news, making money on open source, and such.

Interestingly enough, I got asked to give a short interview for Polsat Games, which you can watch at the beginning of this recording. The event itself was a great opportunity to meet with some friends and catch up on what we’ve been up to during the pandemic. 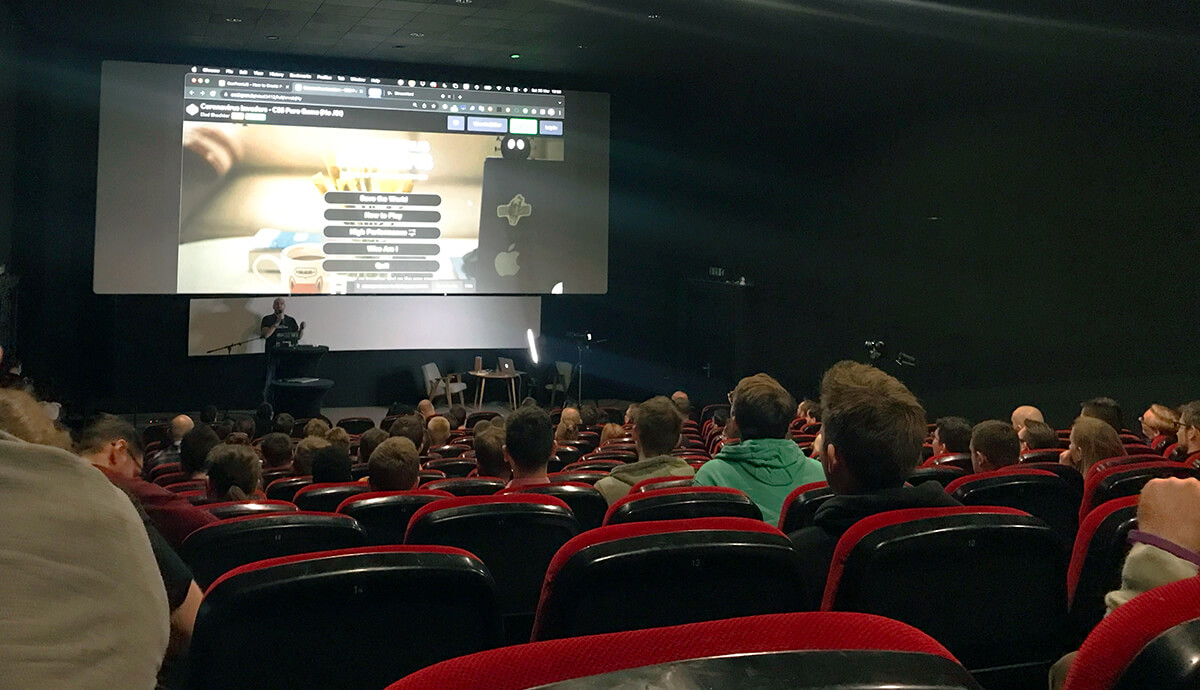 Two days later, on Saturday March 26th, I’ve attended ConfrontJS 2022 conference that took place in Kinoteka inside Palace of Culture and Science, in the heart of Warsaw. It is a JavaScript conference, similar to the meetup, but even though I decided to chose gamedev many years ago, I still have friends from when I was a front-end developer.

That said, the second talk that day was about… pure CSS games! Elad Shechter showed a few cool tricks on how to animate objects, keep track of the score and the time running out. Other talks were interesting as well, so I watched more of them than I have originally planned.

Overall I really enjoyed my time at both events, and I was happy to finally see some familiar faces after a long time. It seems the pandemic was cancelled by the government, so it’s a matter of time when more opportunities to meet will arise.