We had our third monthly Gamedev.js meetup in Warsaw on Wednesday, March 22nd - it went even better than expected. 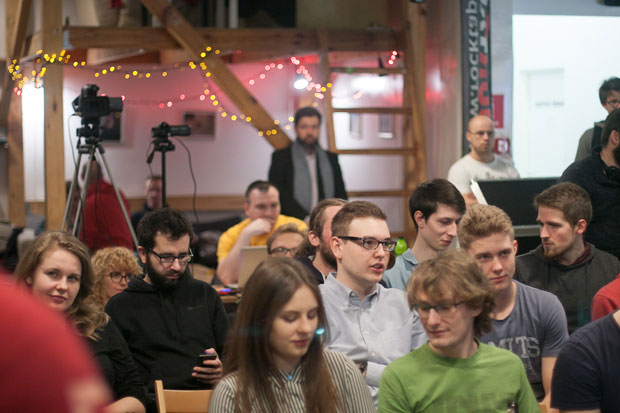 There are a lot of meetups happening in Warsaw and sometimes it’s hard to not collide with one or two, even those with similar interests. We had exactly that this time - Polygon had their own meetup happening the same day in the evening. It looked like we’ll have less people at the meetup, but a lot of them decided to go the last day and I think we had at least the same number of people, if not even more. 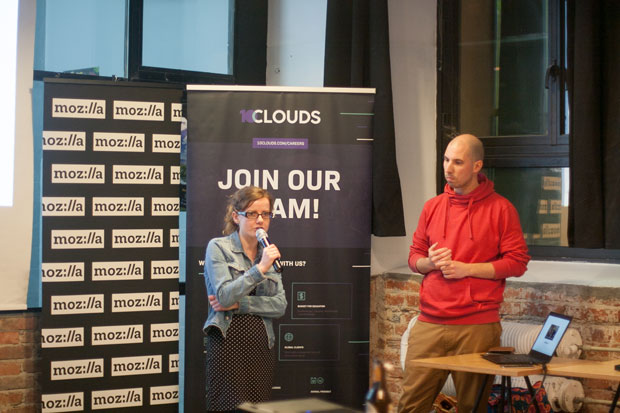 We’ve managed to have a variety of topics: from doing your first game in Phaser, through logic behind reactive agents, to marketing of indie games. Both speakers and attendees were having a long and fruitful chat during and after the talks, and the overall feedback we received was very positive.

As usual we had free drinks for the participants, took some photos during the event, and had the talks recorded - now the videos (in Polish) are available to watch. Huge that you goes to our sponsors: Mozilla, Codility, 10Clouds and Iterators. 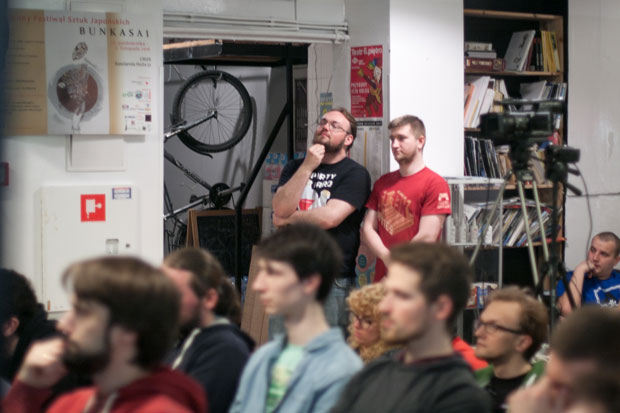 The next meetup is already scheduled for Thursday, April 20th, and the first talk was already announced - Adam will tell the story of developing a game for the js13kGames competition in 2015.