Hungry Fridge - the making of

I wanted to complete a full year with One Game a Month challenge, but I failed miserably in January, so I’m just trying to finish some of the games I started half a year ago or so. The last time it was Monser Wants Candy – started in October 2013, finished in July 2014. Now’s the time for Hungry Fridge – started in November 2013, finished… right now.

The idea for a game started in November with the GitHub Game Off II competition. The main theme was “change”, so we (me and my wife, Ewa, who is a graphic designer) decided to play with it. The game is simple – you have to feed the Fridge with the proper food, but watch out for the timer as the type of food the Fridge wants changes randomly. 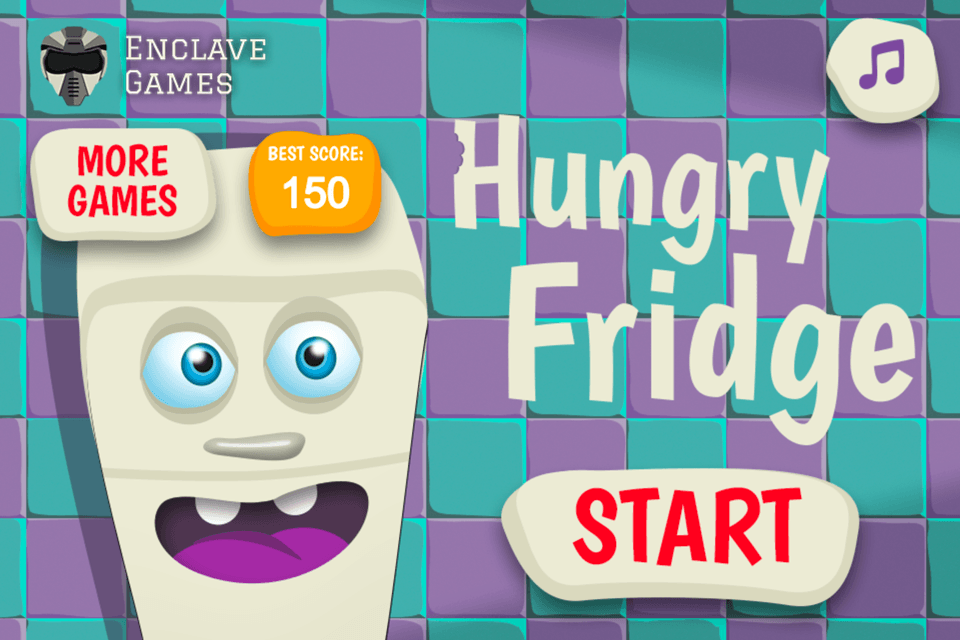 There’s also a second aspect of “change” in the game. The implementation of the Gamepad API gives you the ability to transform the Fridge into a tank, so you can drive around and shoot to the food. It was more like an experiment at first, but it’s cool to see the working, finished game. 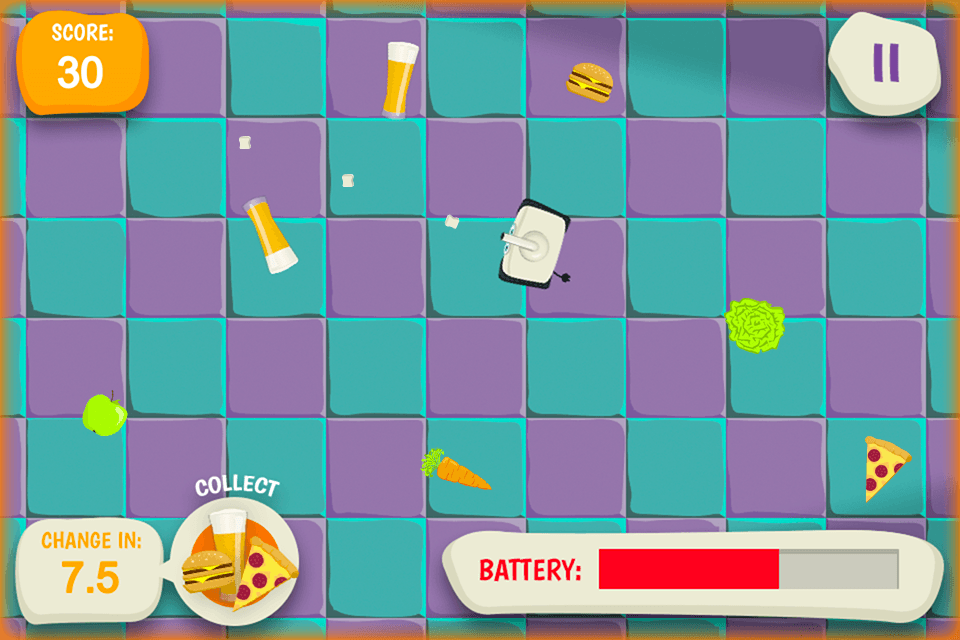 You can play Hungry Fridge here.

The detailed article about the development is coming soon – the draft was sent for review. I was able to use the Hungry Fridge game as an example in the HTML5 Game Development Insights book, in my chapter called Playing Around with the Gamepad API – you can get it from the Apress website or Amazon. I talked about the Gamepad API at the Front-Trends conference too, showing the demo game working in the browser, controlled by the gamepad. 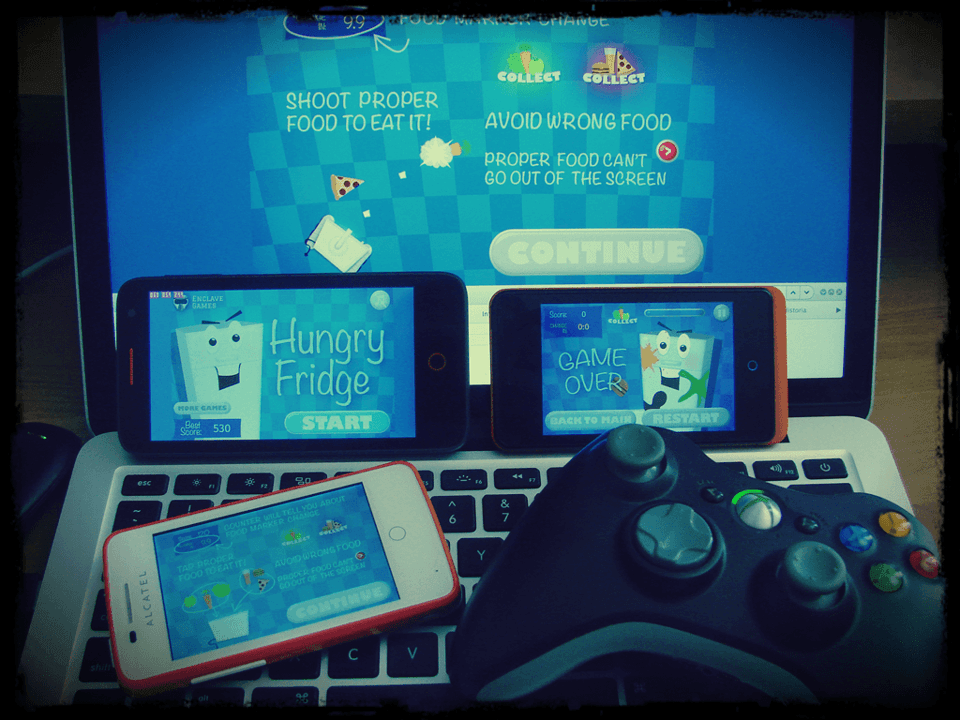 The game itself was created using Phaser and is available to play online, you can also get it from the Firefox Marketplace and the source code was available on GitHub. Feel free to learn from it, ask questions or send feedback.