A two-day event all about the Web Monetization API was held online on July 28-29th, wih the showcase of monetized projects during the first day, and discussions during the second. Yup, I talked about our Grant project. 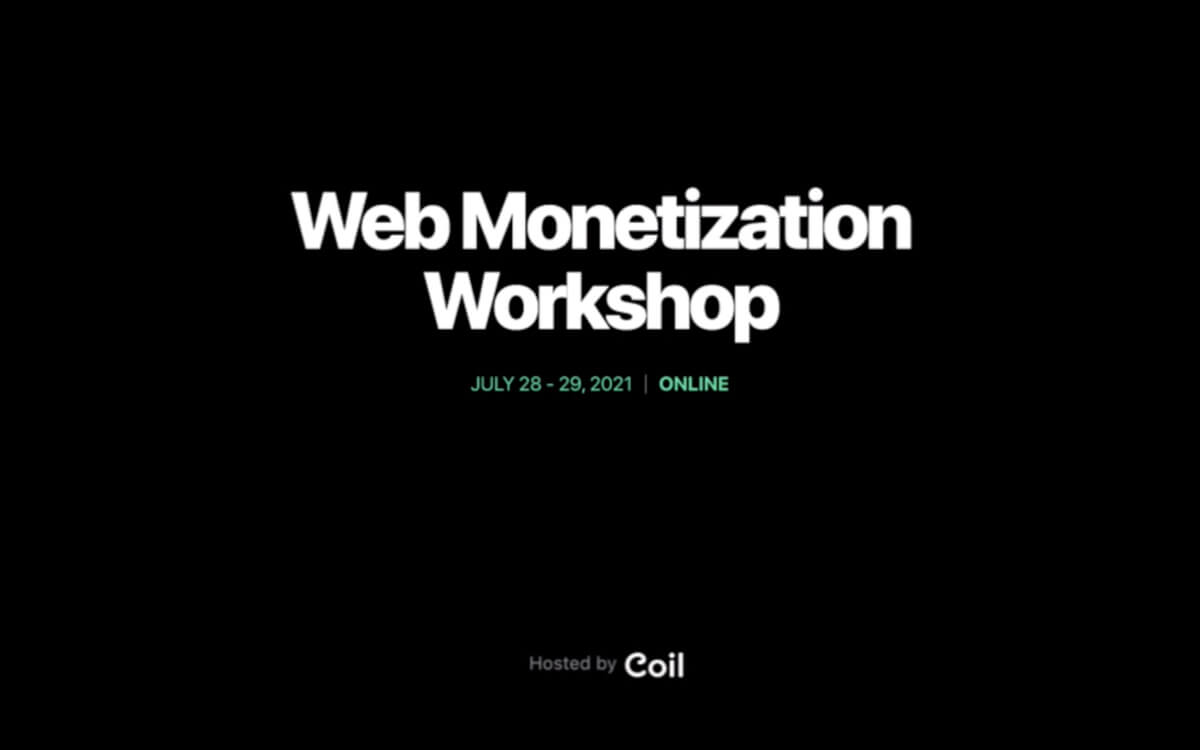 After publishing our final Grant for the Web report in the middle of June, I already had one opportunity to talk about Enclave Games’ story and lessons learned - at the very first Grant for the Web Community Call that happened later that month. Now more formal (but still rather casual) event was happening, and so I could share our story again.

Make sure to check the recording, as the ~1h video is packed with many cool and interesting Web Monetized projects!

The second day revolved around two live sessions - with Ben Sharafian (CTO at Coil) and Marcos Cáceres (Co-chair of Web Applications WG at W3C), where the current state of the API was discussed, including feedback from the community, and what work is expected in the coming months.

I’m happy seeing more events focusing on Web Monetization, as you’ve probably noticed I’m a huge fan myself. It’s great the showcase was pre-recorded, as I’d have troubles attending live - I was able to rewatch it afterwards when I had some spare time. Live sessions with the folks working on the API itself were also important to learn about the current state first-hand.

Thanks to all who organized it, presented, and attended, and hopefully see you next time!