I was invited to be the very first guest of the newly launched Dev Spotlight series of interviews with the developers having their games listed on the Arcadia platform created and run by the OP Games team. 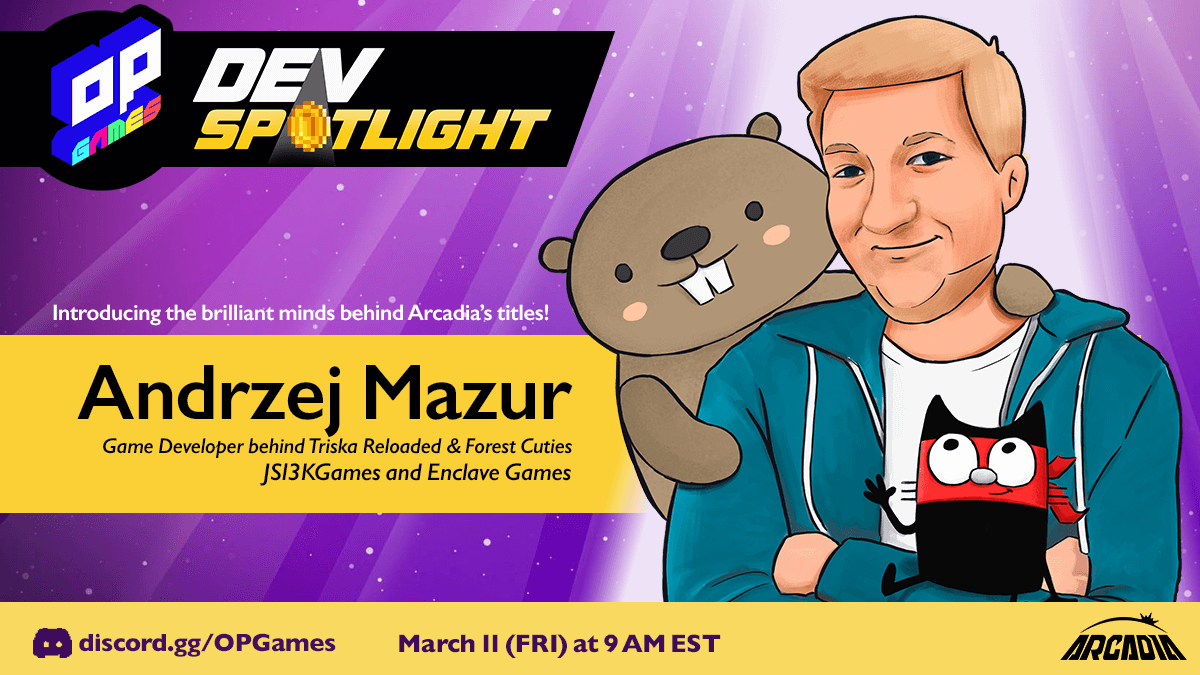 The interview happened March 11th on their Discord, and it revolved around two of the games - Triska Reloaded and Forest Cuties. Both were designed by Ewa, first coded by Remvst and the second by me.

We talked about how Enclave Games started, the stories behind both creations, Open Source, community, Web3, and game development in general - make sure to check OP Games article for some of the quotations. 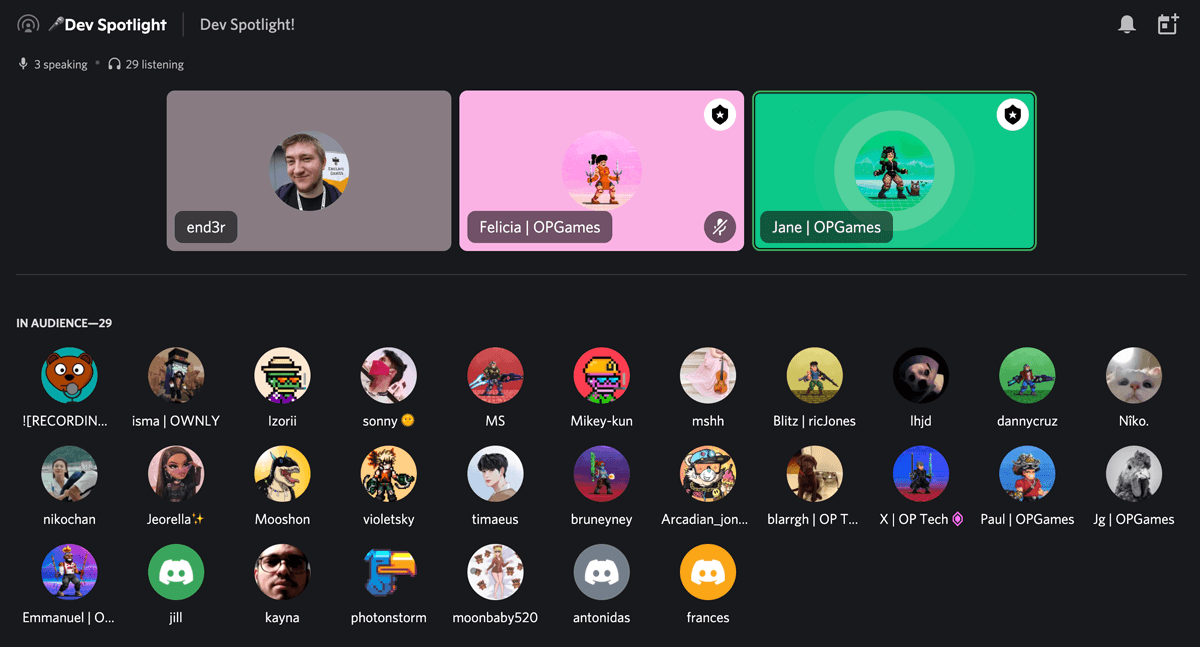 The event was also an intro to a Game Night that started right after, during which folks were able to participate in tournaments, including the Triska Reloaded one where the extra prize was js13kGames 2021 t-shirt. It was won by Blarrgh, who got an incredible new world record - 12 597 meters! 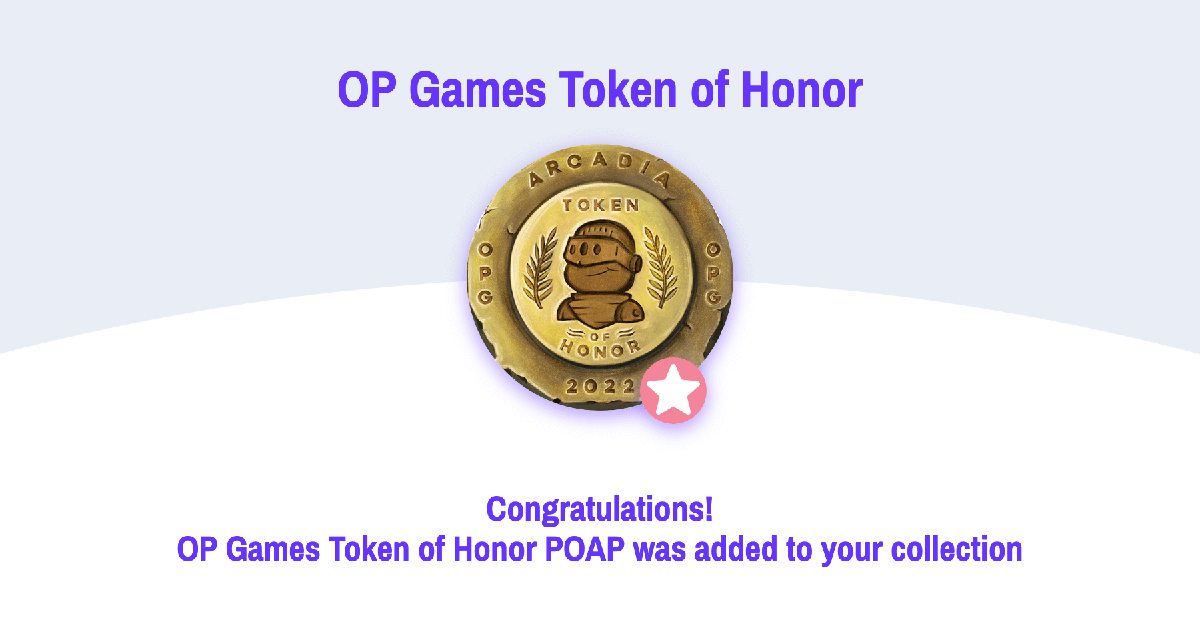 A few days later I was pleasantly surprized with the OP Games Token of Honor, a POAP (Proof of Attendance Protocol) badge created specifically for partner developers and guest speakers at various OP Games events. Looks cool next to the ETH Denver one with Triska!