It took me a few good years to actually do it, but it’s high time to update the website and change the blogging platform. This time though I’ve decided to make an extra effort and convert all the blog posts, so I won’t start from scratch. 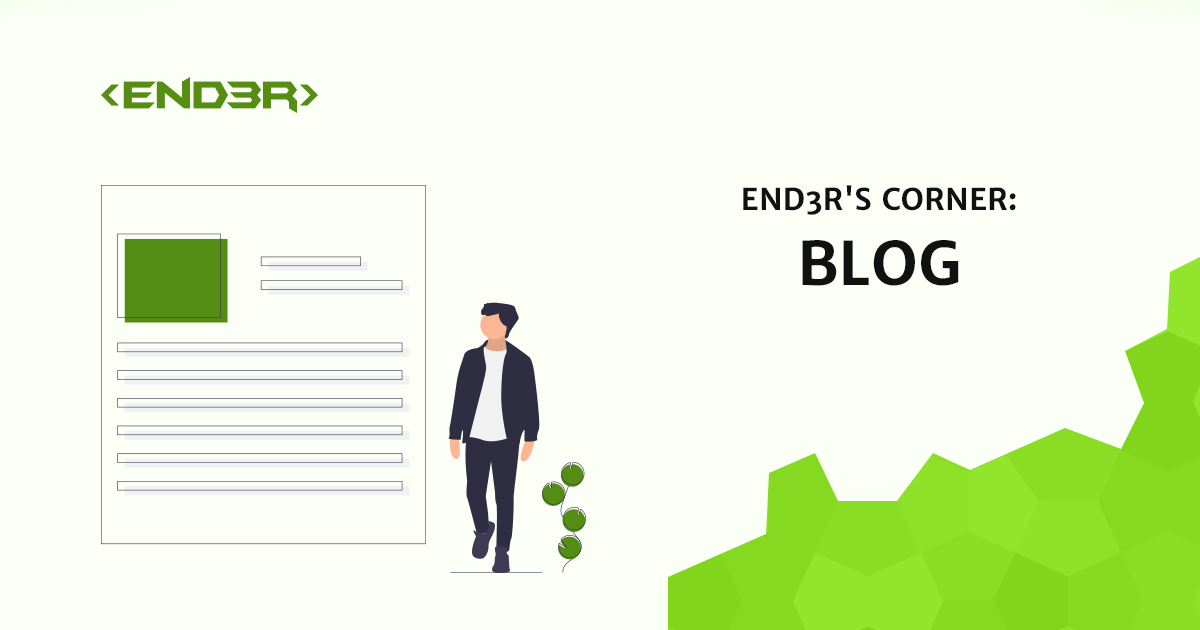 I don’t do this often - I’ve started my personal website around 2005, with the first version of my own blog engine written in PHP in 2006. 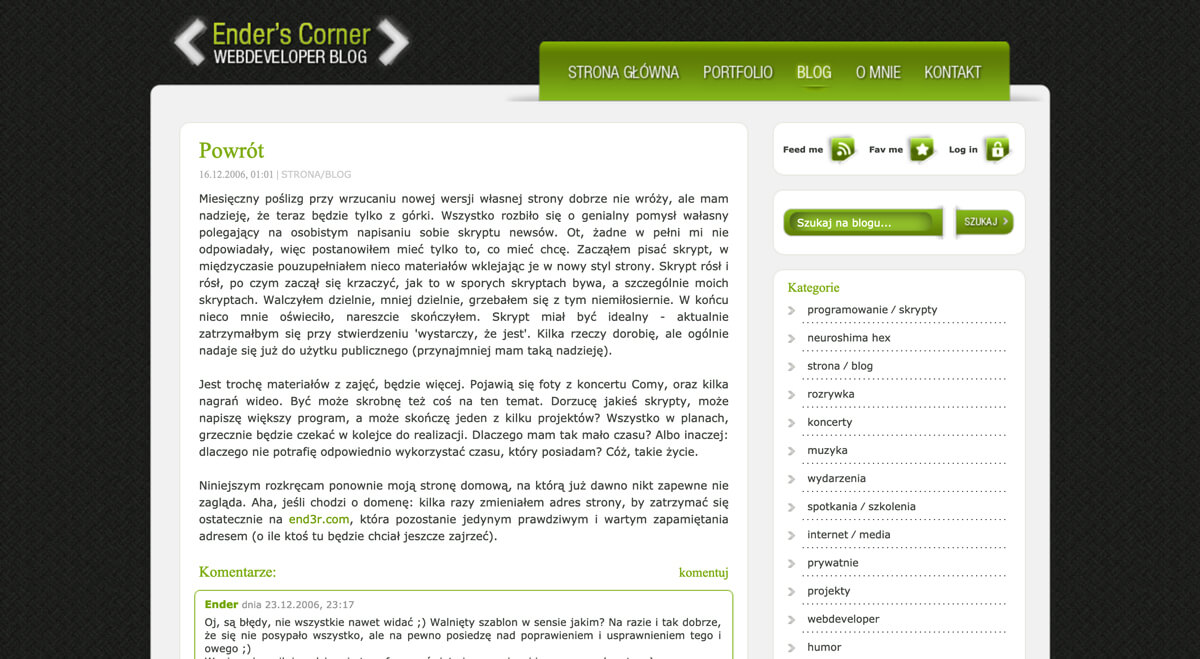 Then restarted it after a few years, in 2011, with the same backend, but refreshed design. I also decided I’ll move from private ramblings to writing about the front-end stuff. 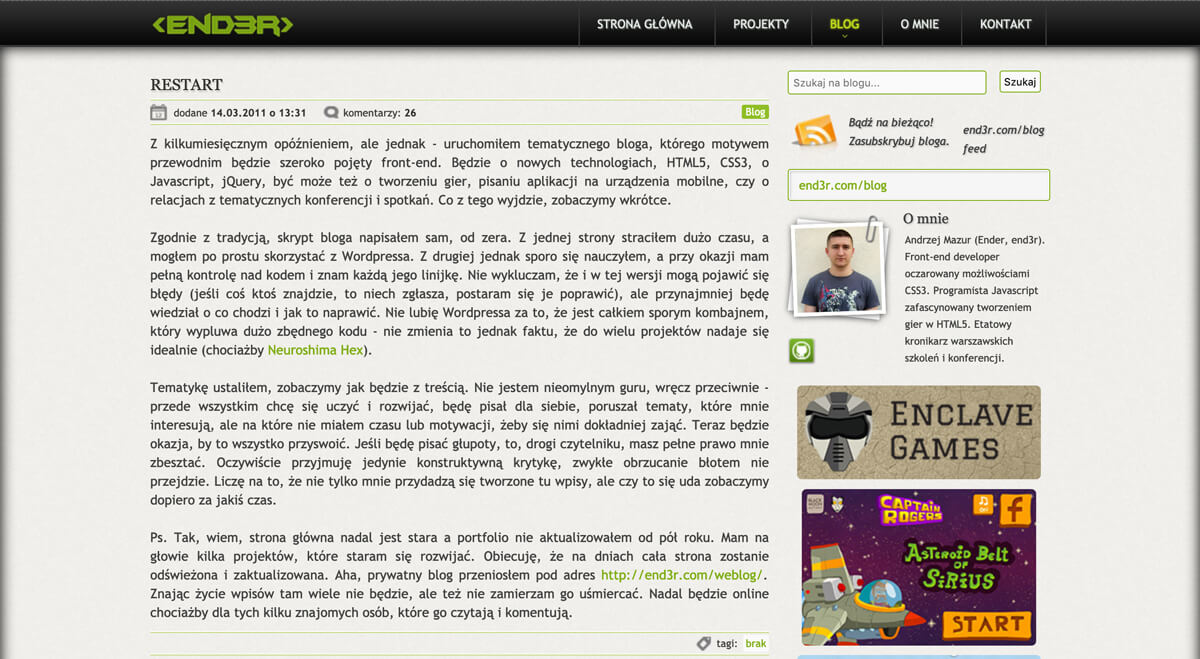 Next year, in 2012, I realized it would be great to start blogging in English as well, and so I did - using WordPress. I took this opportunity to switch focus and start writing about HTML5 game development. 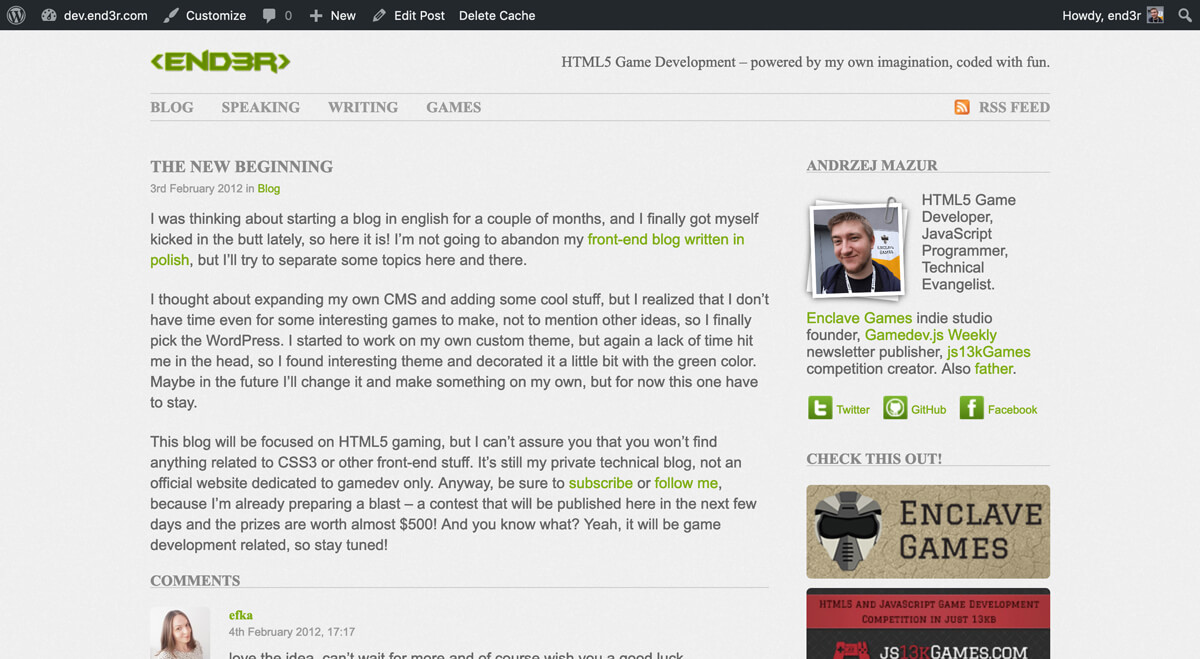 Now after eight more years I’m moving to Gatsby, but this time I’m taking my blog posts with me. I’m no front-end dev anymore, so the new website is rather simple - I’m using Bootstrap to finally have it mobile responsive (!).

The blog engine of choice is Gatsby using the Lumen starter. I’ve decided to skip having comments, since fighting spam can take some effort, and I didn’t have many of the valid ones over the years anyway. I know you read my blog posts, but you either not interact with them, or pick other platforms to comment. 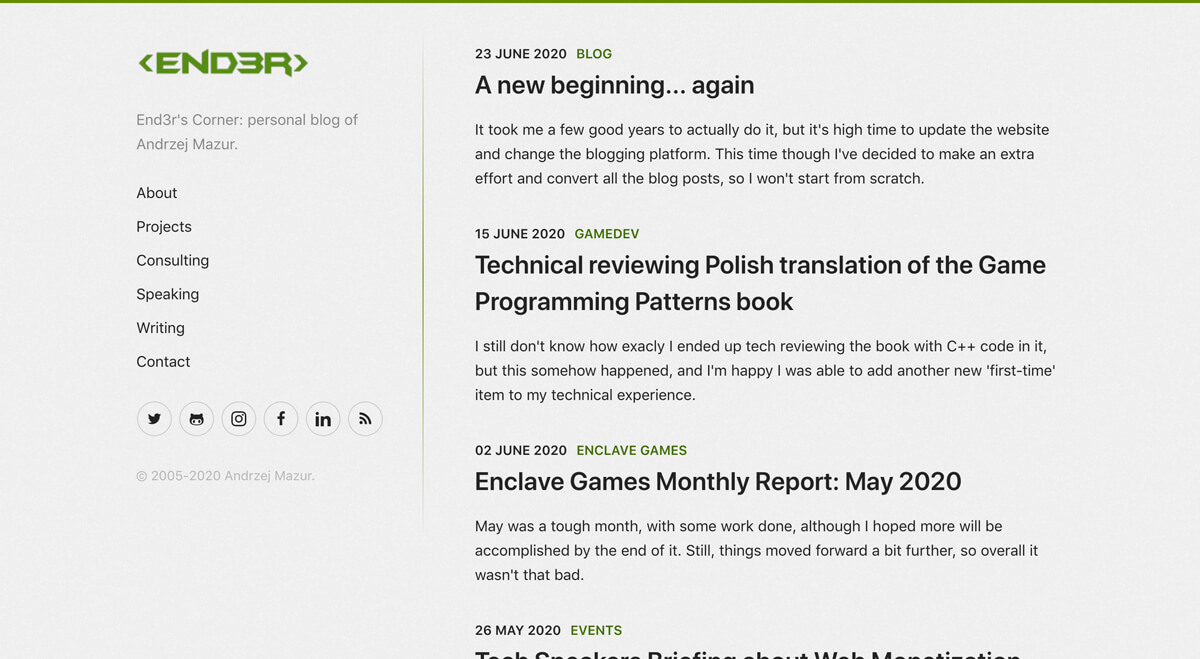 Beside the blog, the end3r.com website was updated as well. There’s no portfolio as it’s not needed anymore - I’d rather showcase my own projects instead. I’m starting to emphasize the consulting services I can offer, speaking and writing are still going to be important though, there’s even an Invite Me to Speak page with all the details.

I also moved my slides to GitHub Pages so they don’t take up the hosting space. Funnily enough, I’ve used the exact same PHP code I wrote in 2005 (!) to glue it all together, and it still works fine! 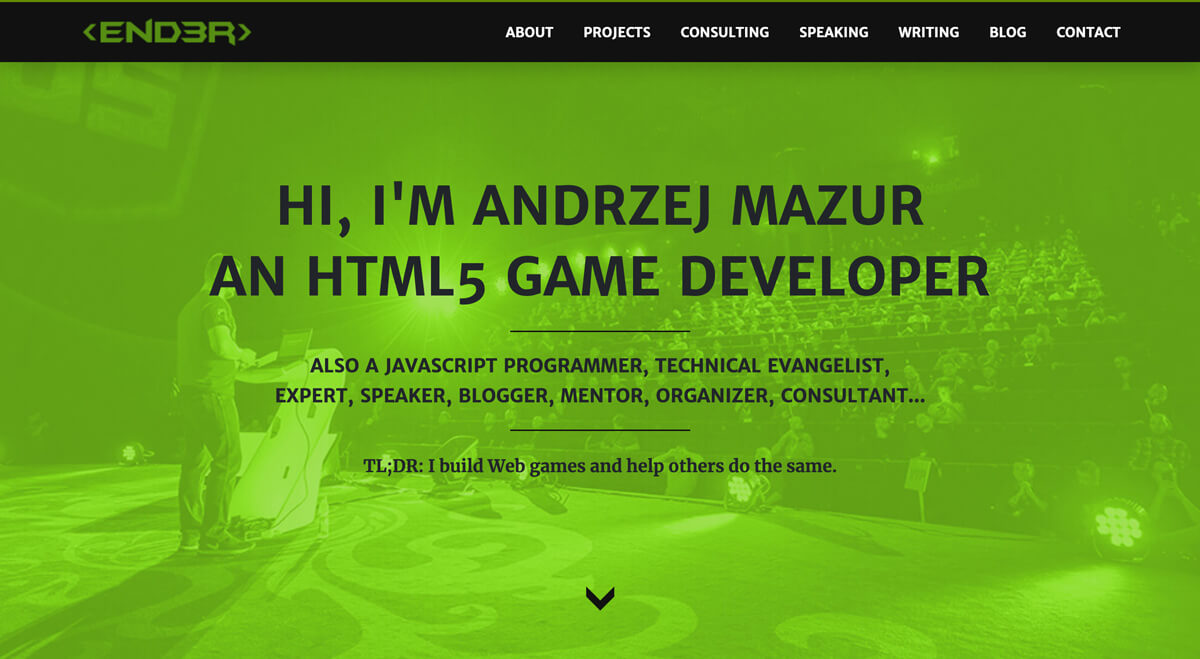 It’s part of the bigger plan I’m doing before diving deep into Web Monetization stuff. I was preparing for the past few months and now I’ll be able to focus all my time and energy on my own game development projects. Exciting times ahead!

Ps. The images used on the website were taken from the UnDraw set of illustrations, which were then modified by Ewa to fit the color theme. The background photo on the main page was taken during the JS Poland 2019 conference.