I was part of the JS Gamedev Summit conference’s Program Committee, which was held purely virtual at the beginning of April, so when the JSNation conference (from the same organizers, GitNation) was going to happen in a hybrid form on June 16th, I was invited to visit Amsterdam and participate in person, which I did. 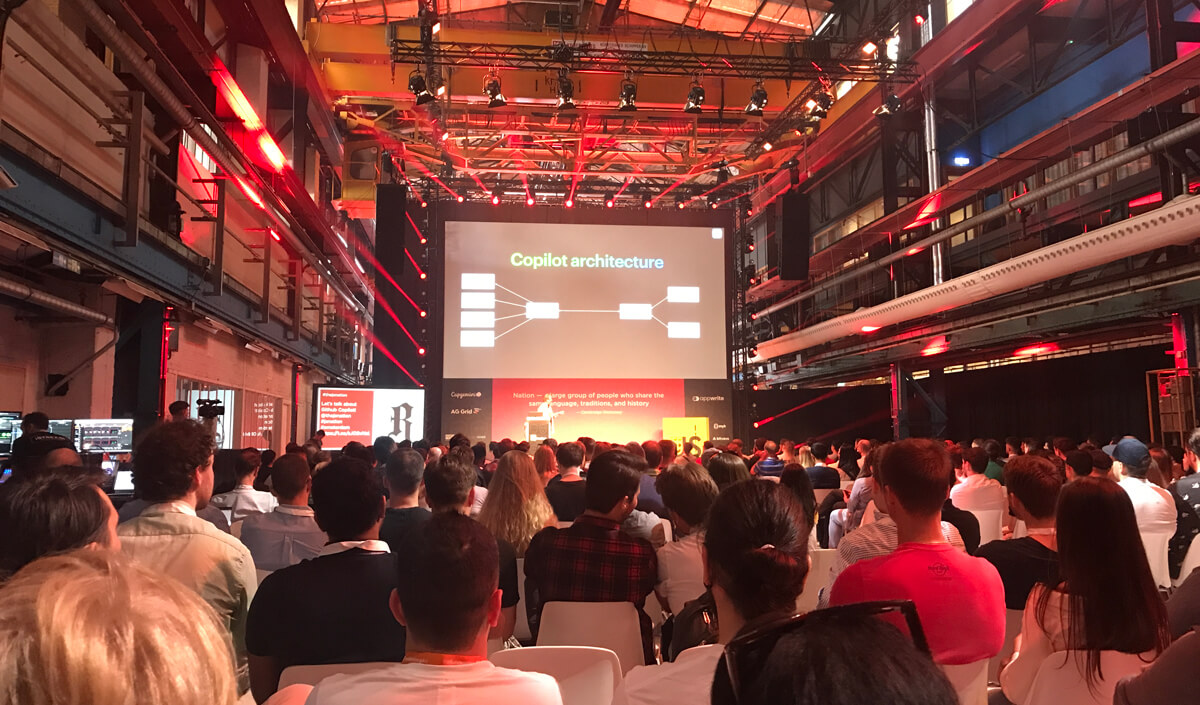 I was quite surprised to get the invitation, since our cooperation around JS Gamedev Summit wasn’t perfect due to a few things not working well, but I did write the overall experience was positive, that I’m hopeful the next edition will happen in 2023 and honestly wished all the best, so maybe they didn’t have any hard feelings after all. Anyway, I agreed immediately and started first conference-related travel preparations to fly outside Warsaw in more than two years (!).

There were issues on both the WAW and AMS airports, but I was aware of them ahead of time, so the arrival one hour later than planned wasn’t much of a problem, especially since the distance was relatively short in the first place.

I went with the train from the airport to Amsterdam’s Central station, and then a walking distance to Poki’s office. Took the opportunity to talk with Agness, Joep, Erik, Kasper, and met the rest of the team. 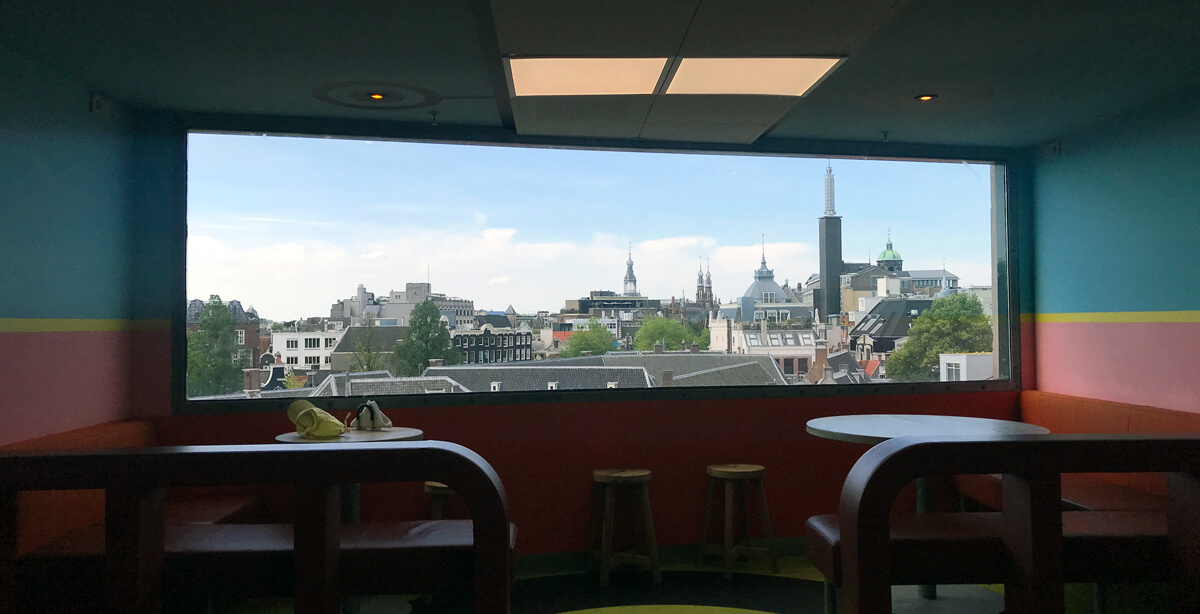 I really enjoyed all the conversations we had, they’re located in a beautiful working space with nice view as well, including a secret room, almost like GitHub!

The distance from Poki to Miro, where the meetup before the conference was held, was also walkable, so I had another stroll - the weather was perfect for that. The meetup itself revolved around three talks: Alex Lobera talking about micro-frontends, Kyle Simpson explaining function composition through a pretended job interview, and Aashima Ahuja showing zero bundle size React server components, with Mettin Parzinski as MC. After the talks we had time for a chat with pizza and drinks.

Fun fact I learned about Miro is that even though their software is basically a virtual whiteboard, it does run on top of the PixiJS (game) engine! Their prototype evolved from a multiplayer game (since real time online collaboration tool and a multiplayer game have a lot in common), and grew greatly over time, but PixiJS remained the underlying rendering engine till now, which is really cool.

Sleeping… on a boat

Got back from the meetup to my hotel room, which was… on a boat, literally! I had a cabin on Kapitein Anna booked for the next two nights. 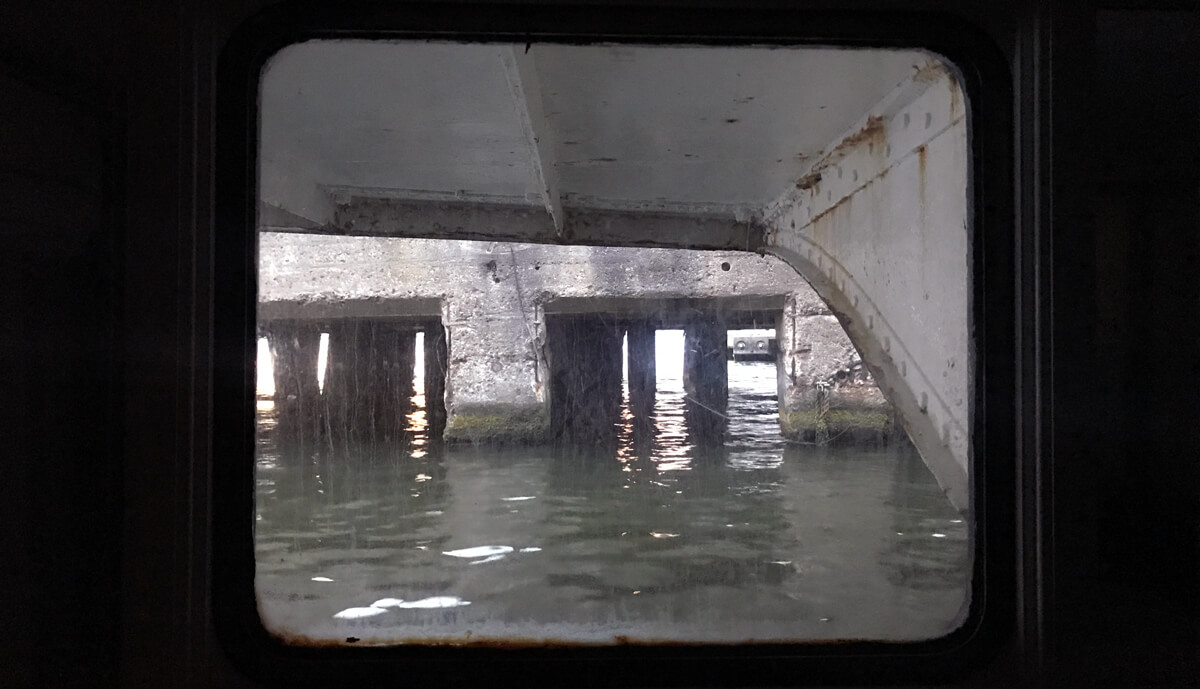 Bumped into Anjana Vakil and Sara Vieira staying on the same boat and had a little chat before going to bed. Interestingly enough, given it was my very first time sleeping on water, it was better than expected. The waves weren’t much of a problem, and I woke up briefly a couple of times to a weird feeling only to realize after a second that it’s not me who is drunk.

After the breakfast we gathered to leave towards the venue, which we reached… by another boat. It was a nice cruise through the canal with Anjana, Iris Schaffer, Nico Martin, Clément Pasteau, and the video crew who documented the whole trip. 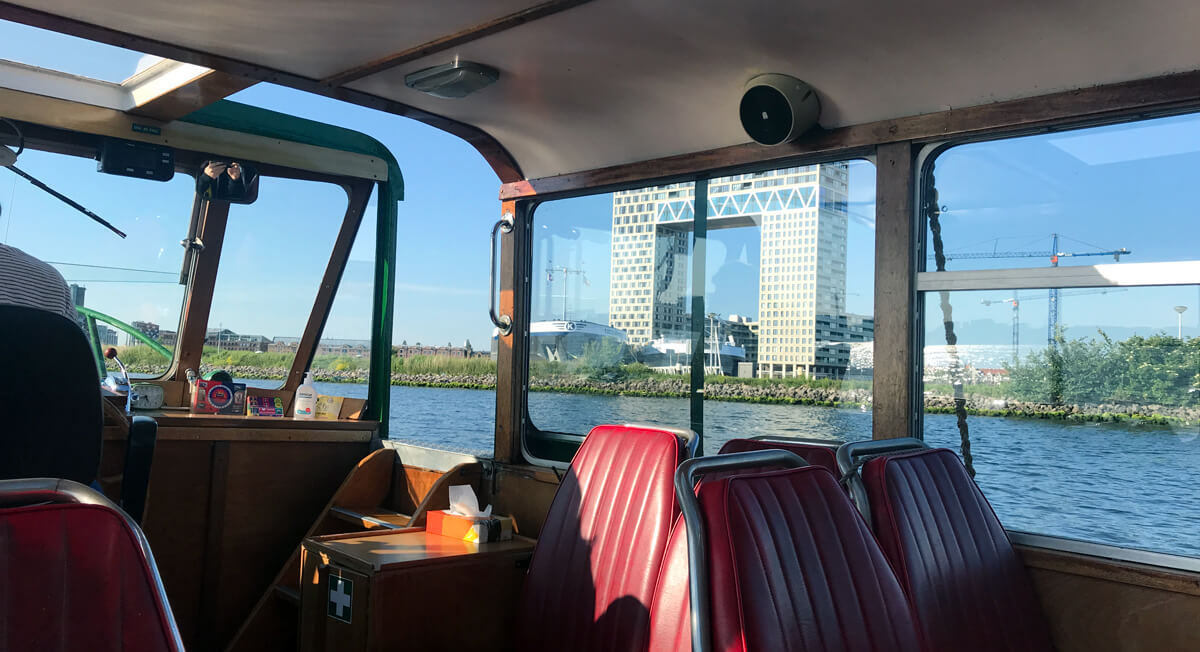 Turns out Clément, who’s in a Program Committee for React Summit, is also GDevelop core team member - we had cool conversations about Geometry Monster, the game my wife Ewa made by herself using the engine and I wrote the tutorial about it for Google’s Season of Docs in 2019. 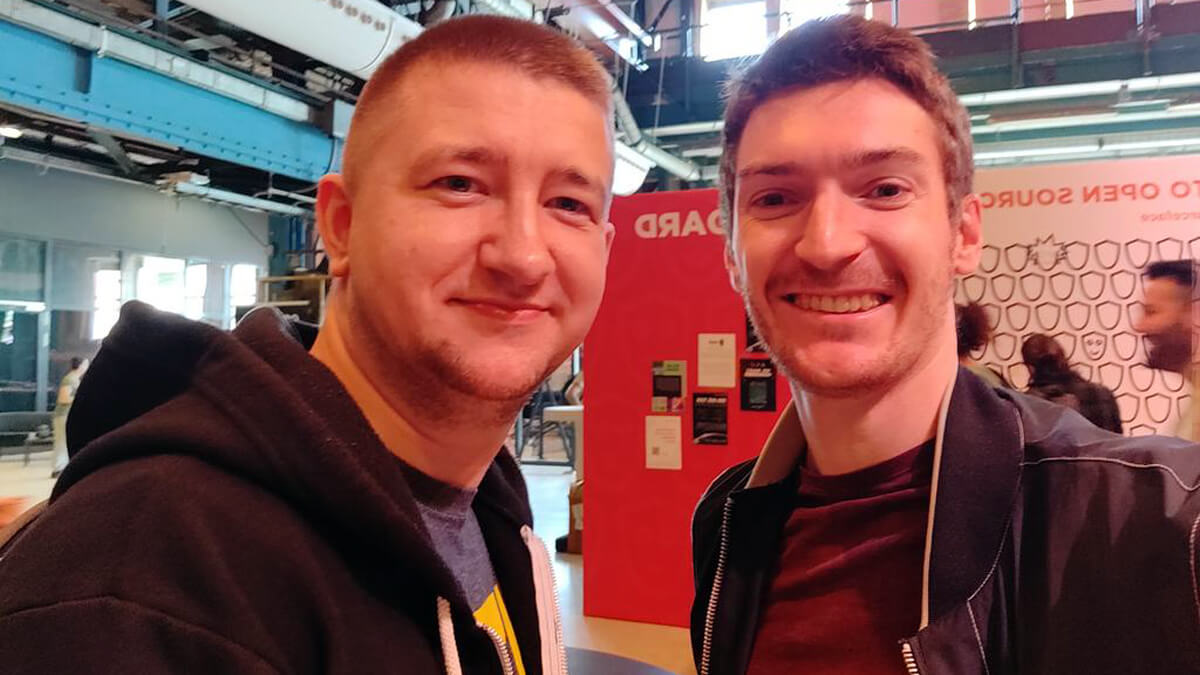 We arrived to Kromhouthal, a building looking like an old factory of sorts turned into an impressive conference venue having an industrial feel. It was huge - easily hosted more than a thousand attendees, and multiple booths. Outside was enough space to have a few food trucks during lunch, including burgers, which I prefer recently. 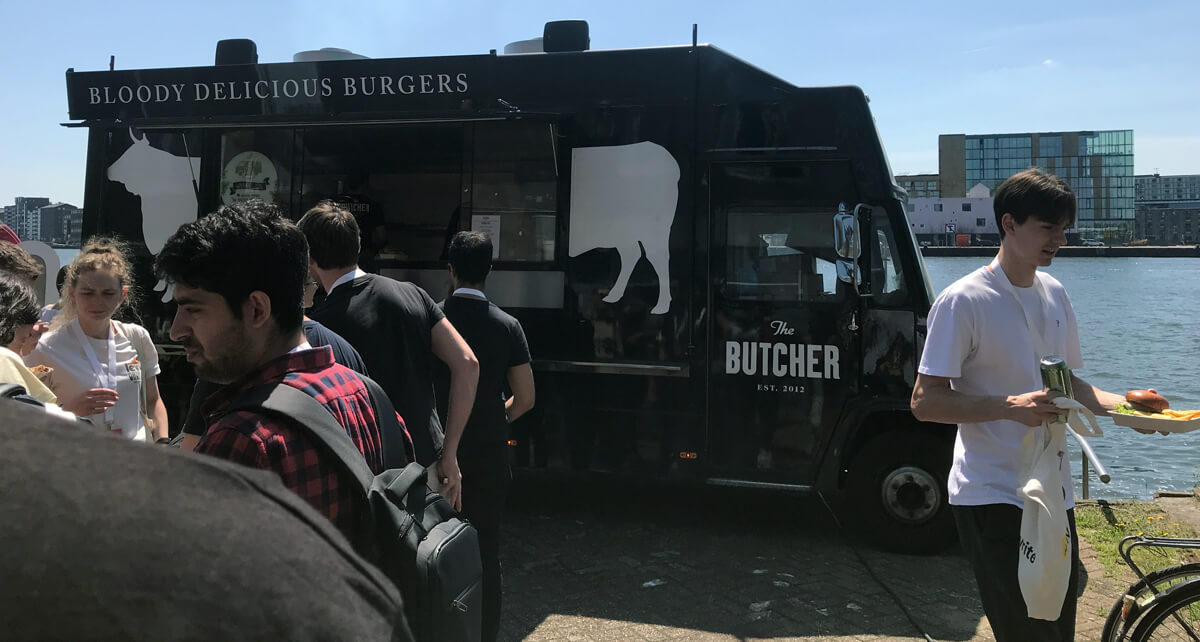 Even though I stopped being a front-end dev more than a decade ago and went into web gamedev instead, I still enjoy attending such events, as there’s plenty of intersections, since it’s all JavaScript anyway. And so, I really liked and enjoyed listening to the talks.

We wrapped the day of cool talks with the documentary premiere Svelte Origins, some drinks, and then moved to the speaker’s dinner venue, which was…

…my boat. Yup, the exact same I was staying at, how cool is that? 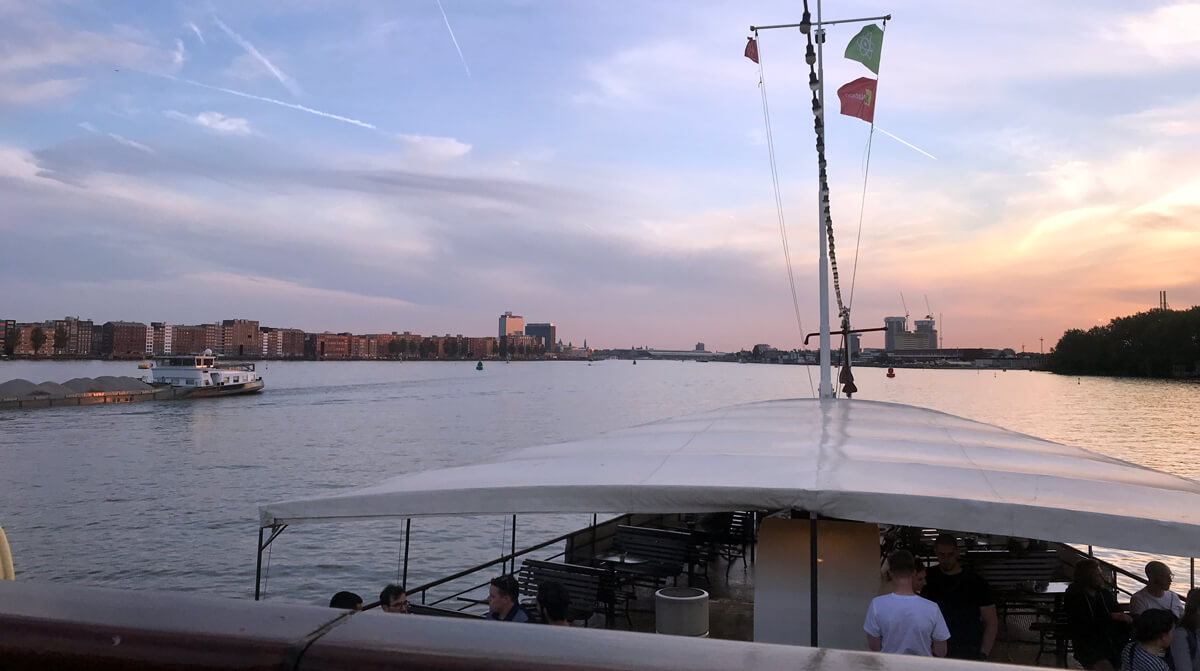 Anyway, turns out Kapitein Anna can swim, and so we went on a longer cruise through Amsterdam’s canals, during which we were served delicious food and snacks, while enjoying drinks and ultimately a sunset. I had really great conversations going on with brillinat people throughout the whole trip, like Nick Nisi from JS Party and his wife or Cody Zuschlag who I flooded with speaking tips probably a bit too much, but I enjoyed all of it a lot. 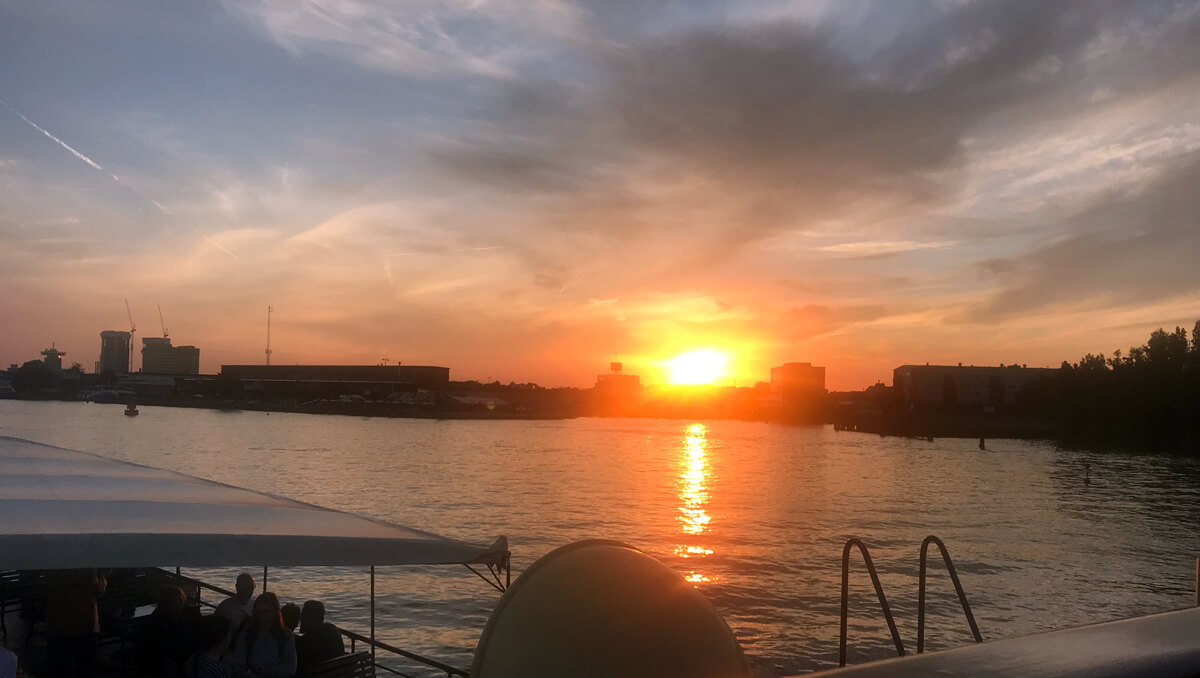 After we got back to the pier, majority of the guests left the ship, while I could execute the most convenient “I’m leaving this party and returning to my hotel room now” ever in my life, my cabin was literally just below deck.

I decided to take the ferry to Amsterdam Central and then direct train to the airport, as I had bad memories from trying to optimize my train rides and ending up in Utrecht that one time.

Knowing Schiphol had bigger issues on the ground than my home airport I decided to go earlier, and even though I spent 1,5 hours in line for the security check, I managed to be at the gate on time and left Amsterdam with only a short delay.

Overall it was a wonderful experience, especially after more than two years of pandemic. I do hope the in person conferences will get back to normal, the JSNation one was perfectly organized, I’m impressed with all the attention to details. 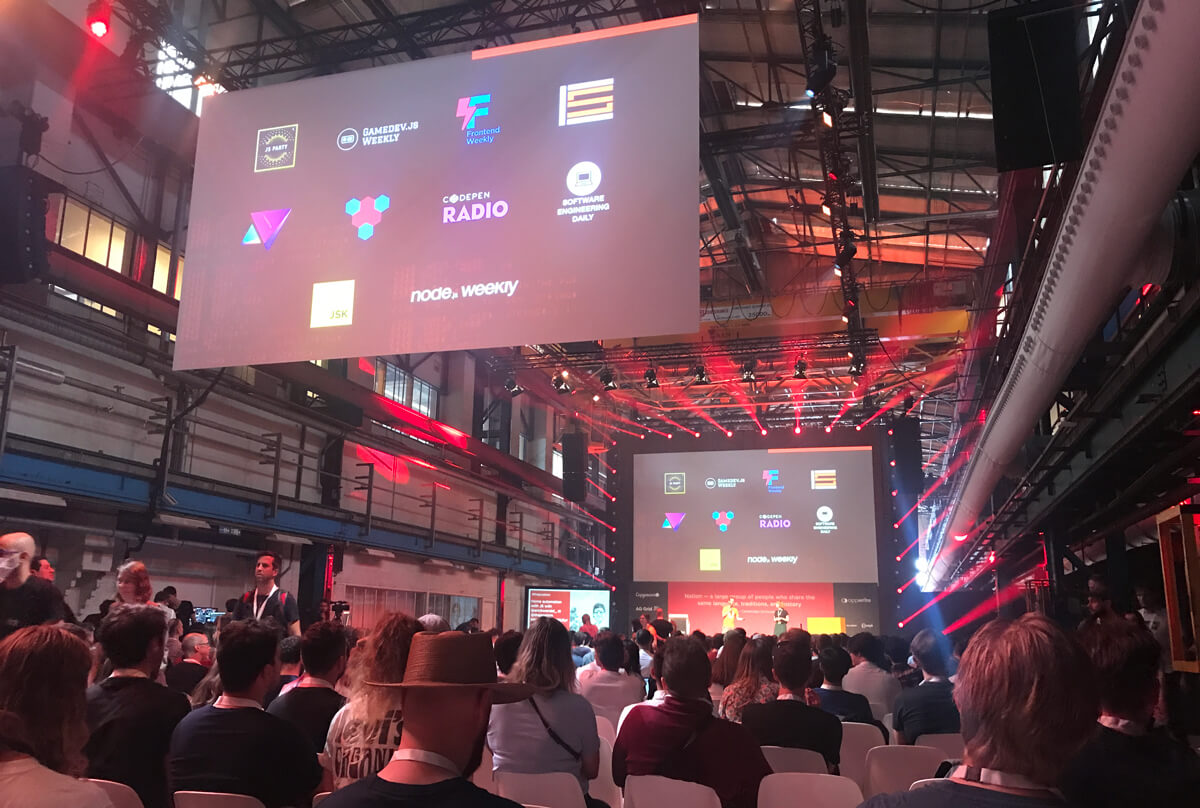 Thank you Lera, Denis, and the whole team for the invite - I’d love to see JS Gamedev Summit with such execution happening in 2023!