Last month, on April 7-8th 2022, the JS Gamedev Summit was held online - a conference focusing on web game development, something that rarely happened in the past years. 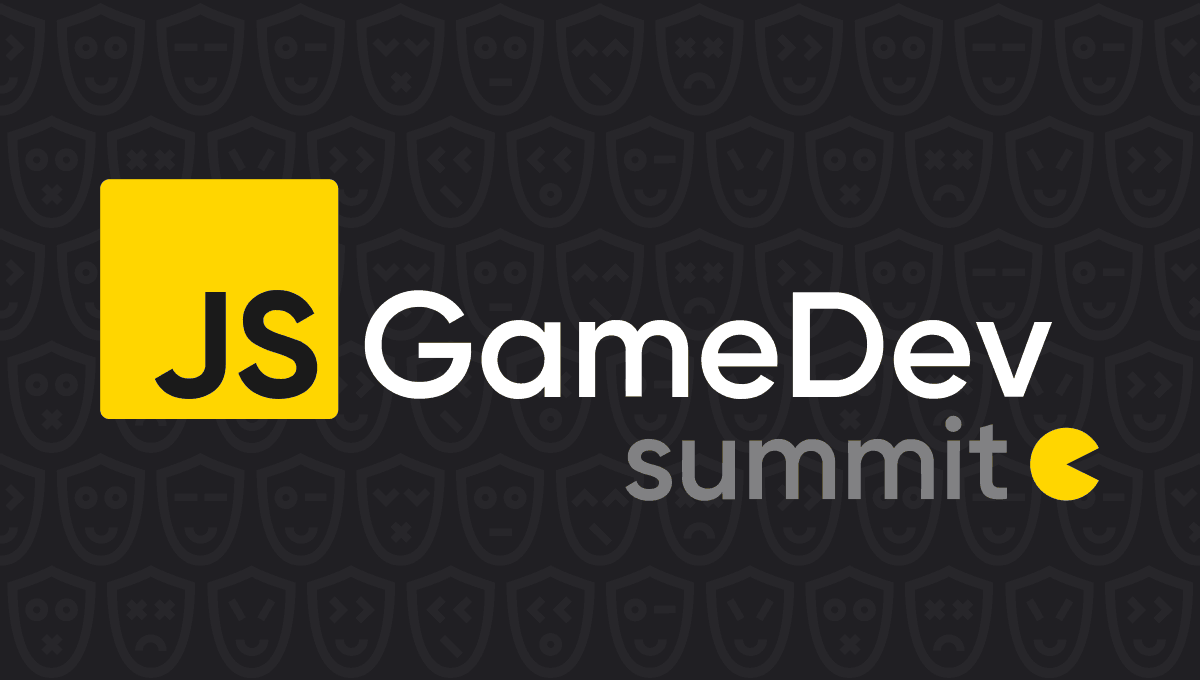 After a few successful years of onGameStart, there wasn’t much happening in the space. HTML5 game development is a niche, but there’s still so many devs in the world that we do deserve a regular conference all about making games for the web. That’s why I was so happy to see the GitNation team, organizers of JSNation and many other JavaScript-related conferences, to pick that topic. 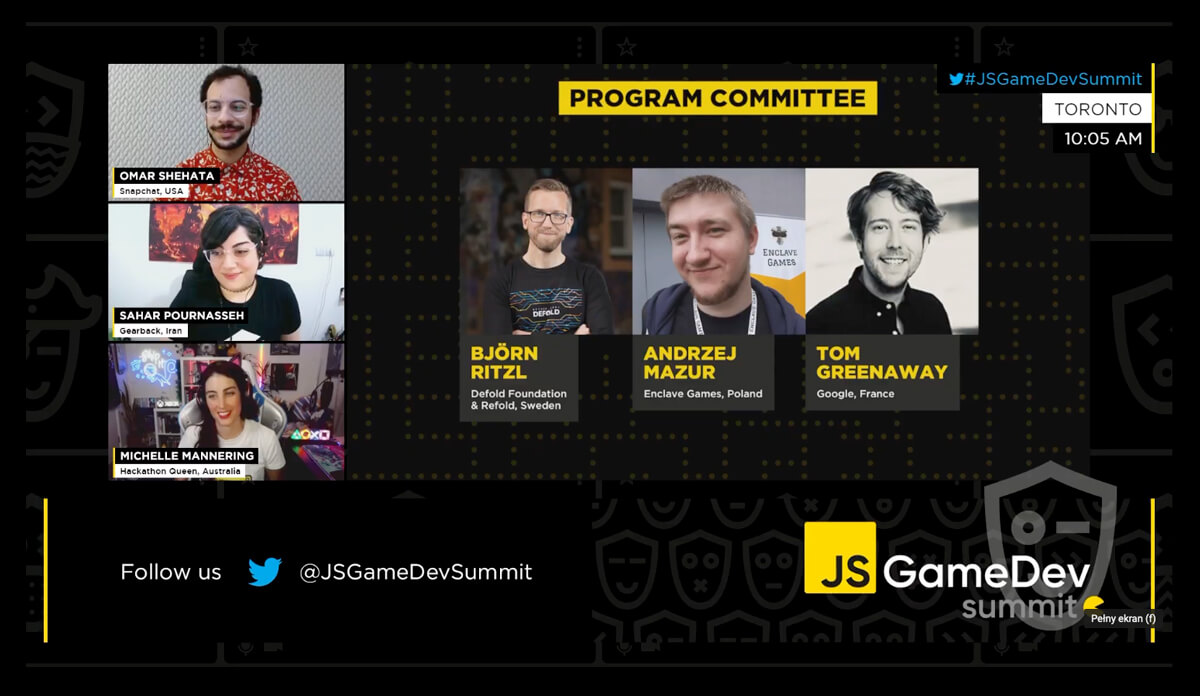 I was invited to be in the program committee - that involved discussing the theme and direction of the conference itself, preparing the agenda, inviting speakers, connecting with potential sponsors, moderating Call for Papers submissions, and much more. 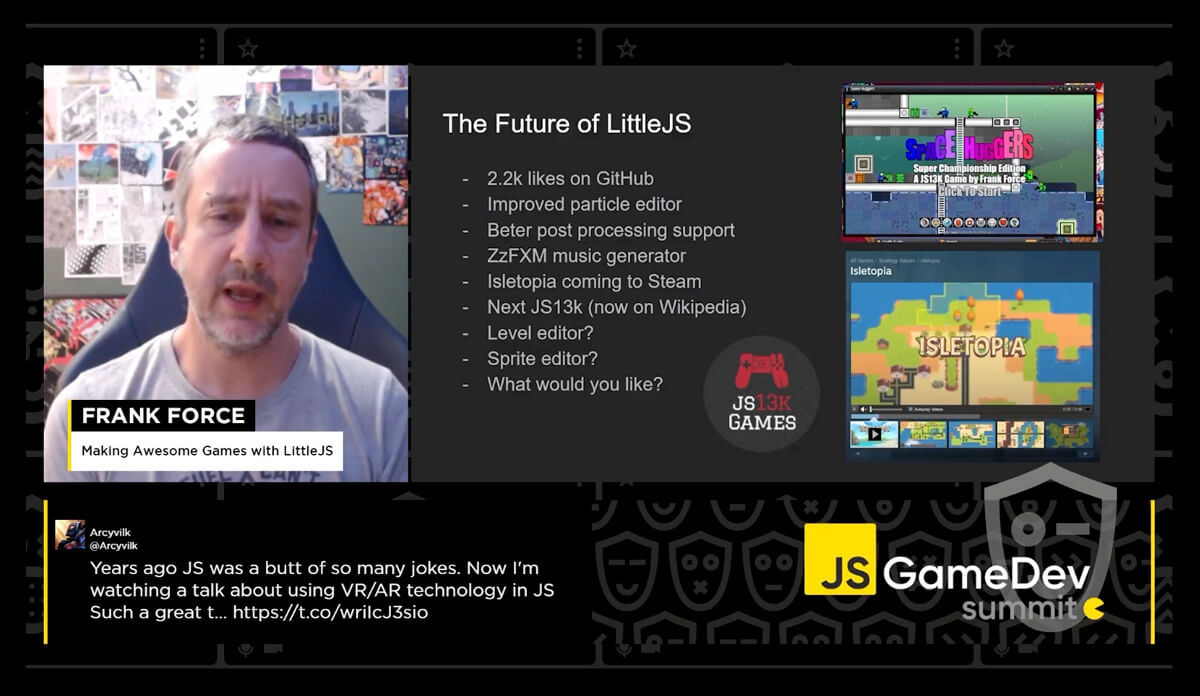 I was so happy to see familiar faces casually mentioning our projects like the js13kGames competition in Frank Force’s talk about LittleJS or Gamedev.js Jam in Paul Gadi’s talk about Web3 games. 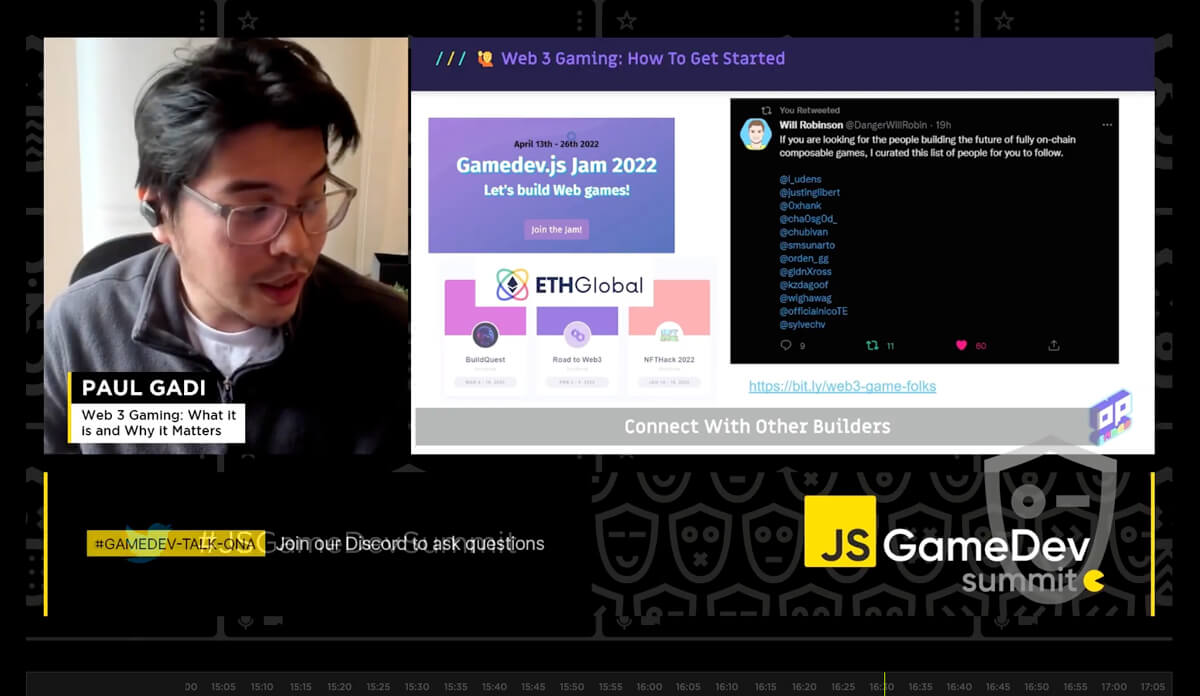 Not everything went well though, and I hope the organizers won’t mind if I go into some of the details, but wanted to clarify a few things. First, I wish them all the best, even if some things didn’t work as expected. Second, it ultimately was way more work than originally pictured, since all this involvement was unpaid, in our free time, especially for an event with paid tickets and sponsors. At some point we were having weekly calls, and with all the work in between it was taking quite some time. It felt that the organizers wanted more and more involvement, some committee members dropped early, some others dropped later, and we went from 5 people to 2, including me, less than two months before the event, when I decided that’s too much for me as well.

Maybe it was my fault, since I haven’t got much experience as a program committee member, plus I was struggling to keep up with our own projects and deadlines for clients at that time, which didn’t help. Maybe one side should have stated more clearly what all responsibilities would’ve been over time, including all the expectations up front, and the other be more strict about their availability.

There was one email that was sent to me from a fresh team member who wasn’t even included in the previous communication, where it was claimed that “our partnership is performing poorly, because we didn’t get enough ticket sales from it”, and then suggested radical steps in aggresively using the Gamedev.js Weekly user base to advertise the event even more, in ways which were never executed in the past. This really got me angry and sad - I was already putting more hours than I could spare, for free, and was treated worse than I could’ve imagined. Even paid advertisers don’t throw such arguments when the campaign is not going as they wanted. You should have at least a minimum understanding of how such things work. I decided to quit right after.

Since most of the work was already done, my info stayed on the website in the Program Committee section. The top-level collaboration with Gamedev.js was reduced to the standard media partnership with the Gamedev.js Weekly newsletter instead. 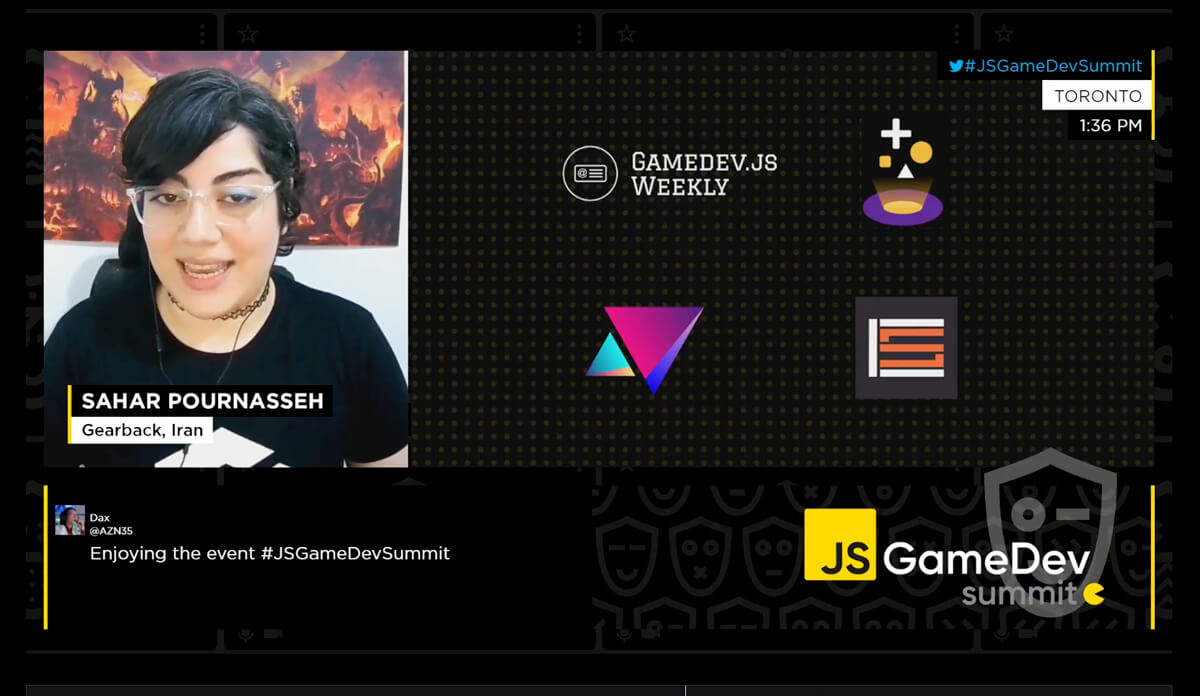 That said, I really wished the conference to succeed, and I think it did. I kept chatting with the organizers, watched the talks, and participated in general. If they decide to organize another event next year (which I hope they do, since we need more such events), then we might even join forces again, but it would have to be properly planned and executed, with both parties clearly stating what’s gonna be done in exchange for what. Being a program committee member is something that should at least be considered a paid gig if it’s not community-driven, you’re not one of the organizers, and the event sells tickets AND have paying sponsors.