It was another busy month - I’ve focused mostly on finishing writing GDevelop tutorial, but also organized Gamedev.js Warsaw #14 meetup, and gave a lightning talk at the JS Poland conference. 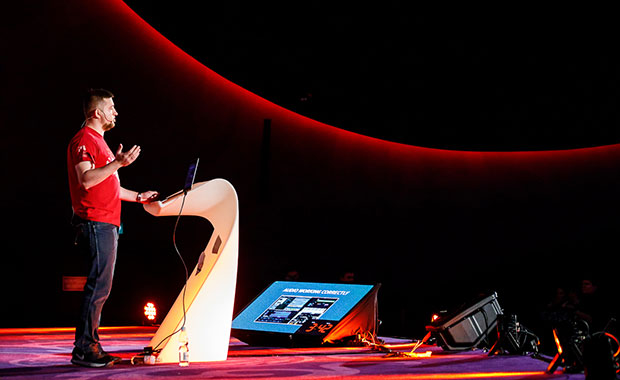 Nothing new, unfortunately. My 100 Days of Code is pretty dead now, but I still hope I’ll revive it in the near future. 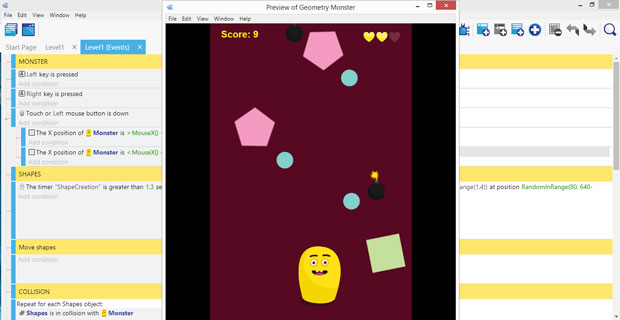 A few weeks out of the whole month was all about GDevelop. Ewa created her first game called Geometry Monster using the editor, and I’ve written the tutorial. It was all part of the first edition of the Google Season of Docs program. 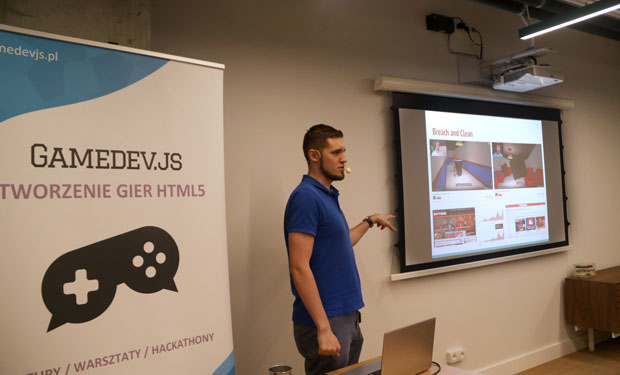 I’ve organized Gamedev.js Warsaw #14 with Kacper Pietrzak talking about 3D basics, Mateusz Kietliński on game design, and Michał Budzyński teaching AI how to play Tetris. Three days later I’ve given a lightning talk about the evolution of HTML5 game development (started in Amsterdam, then presented this in São Paulo) to a crowd of more than half a thousand people at JS Poland conference in Warsaw.

A little bit of js13kGames - mostly trying to have the t-shirts printed and shipped, which is still yet to come.

Help run the Gamedev.js workshop about Entity Component System with Michał Budzyński and Staś Małolepszy as teachers, and catch up on stuff before the year ends.