September was another busy month full of js13kGames, but I managed to squeeze in finishing the NSHex Counter app, and visit Bielsko-Biała and Amsterdam in the meantime, both for the first time in my life. 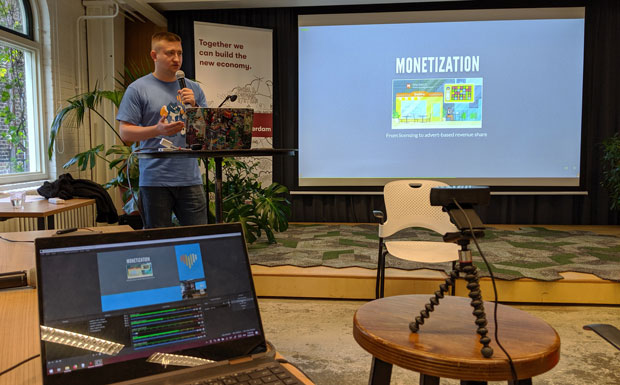 No new games, but I was able to finish NSHex Counter app (the one for counting Neuroshima Hex board game tiles) before the self-enforced deadline of September 13th. The app still needs a few fixes and modifications given the initial feedback from the users, but it shouldn’t take much, and the next two apps should be easier and faster to build since I’m gonna reuse the same template.

I wrote about the new voting system, judging, and selecting winners for the js13kGames Medium page, and the Enclave Games on Web Monetization with Coil and plans for the future on this blog. Also, the Polish fancy parenting blog TataDeveloper is still alive and kicking - newest post was about Shank, the Disney princess.

I managed to travel to Bielsko-Biała for the BB Days 4 IT 2019 conference where I talked about js13kGames… a day after the competition’s submission deadline. My talk was on Saturday, September 14th - it was tough to manage both, but I made it.

Around the end of the month we had Mozilla Tech Speakers meetup in Amsterdam which I couldn’t miss. I gave a lightning talk about the evolution of HTML5 game development, which I’m gonna expand in the near future.

My 100 Days of Code worked with NSHex Counter app up until September 12th, and then I had to focus back on js13kGames, which always takes a whole lot of time.