Another year, another js13kGames. Even though last few months were mostly about the preparations of the new backend, we’re still using the same one, with minor modifications, running since 2013. There are some good news though. 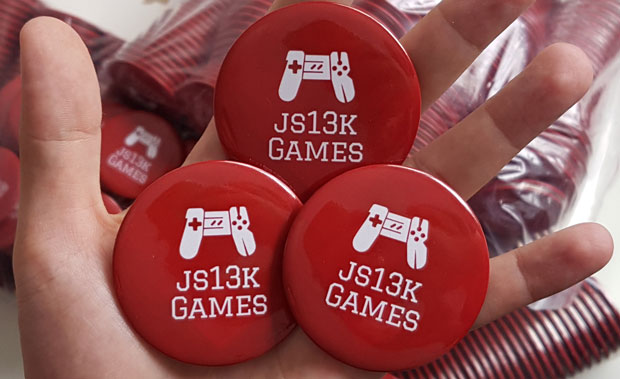 First and foremost is partnership with Coil, which grew from discussions at, and after, the W3C workshop. This leads to the brand new Web Monetization category where you can easily monetize your js13kGames entries.

The WebXR category was reinforced with Three.js and the Mozilla Mixed Reality team offered the biggest hardware prize pool yet - three Oculus Quest devices for the best AR/VR games.

We already had a special BogotaJS meetup where Giovanny Beltran was giving some tips about how to start doing games for the competition. This upcoming Saturday we’ll have js13kGames 2019 hackday full of gamedev coding, free food and drinks, BBQ, arcade machines, quiz with prizes, swag and chill. And me, personally.

I hope we’ll have the GitHub bot fully working, so it can help validate submitted entries, and the battle voting mechanism. Given it will be brand new I’m more than sure some people will be mad about the results. Actually, some are mad no matter the rules or regulations, every single year, so I’ll probably have to live with that.

Anyway, I’m again extremely tired and excited at the same time, and it’s weird I kind of like it. On the other hand I know a lot of what I’m doing could be improved, automated, or optimized one way or another, but it’s not, yet. Still. Oh well, maybe next year.

Ps. The competition is on another level - we have #js13k memes now.