One month after we’ve teamed up with Warsaw IT Days it was time to organize a meetup on our own. Well, kind of - we had some help from our friends running the meet.js Warsaw meetups. 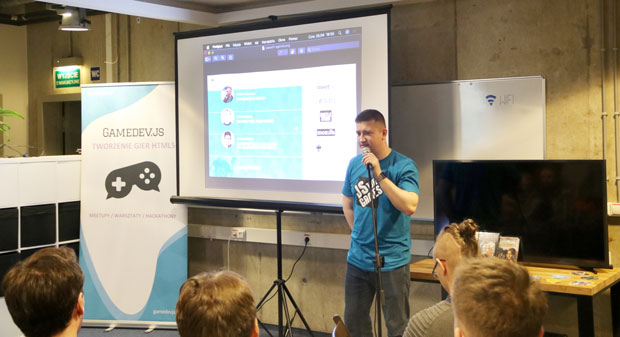 It took me a good few months to figure out a venue for the meetup. Don’t ask why, I don’t know too. Anyway, after many failed attempts I decided to ask our good friends at Codility, where we organized js13kGames 2017 Launch Party. It was their new space though, located on the ground floor.

Codility was kind enough to provide us with drinks and pizza too, while the meet.js team covered recording the talks. It was new to us as we paid for the video crew before, but had to cut costs. We’ve started a little bit later than planned, had three talks, short Showcase, and a quiz with cool prizes. 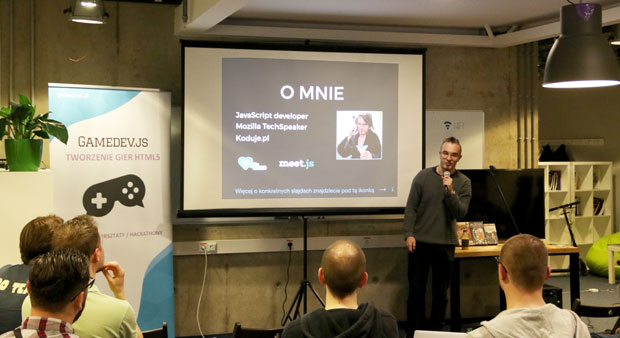 First talk was given by Wojtek Połowniak, a meet.js Warsaw co-organizer and new addition to the Mozilla Tech Speaker family (now there’s two of us in Poland). He talked about accessibility in games.

Second presentation was about not thinking too much and just coding what you want to build - Piotr Błaszczak showed his pet project SlackMap which was rewritten from scratch way too many times. 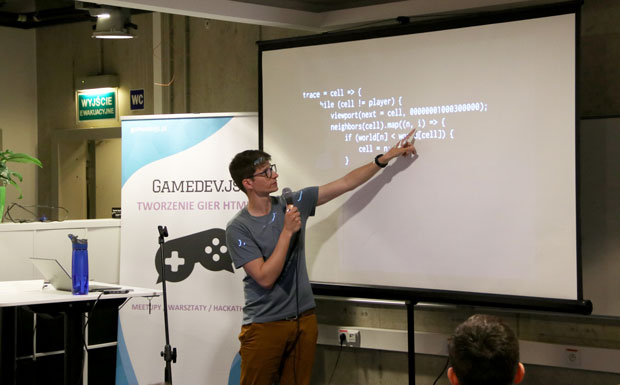 The third talk was Staś Małolepszy explaining how did he manage to squeeze a playable Heroes of Might and Magic 3 tribute in just 1 kb of JavaScript for the js1k competition.

We had two games demoed at the Showcase - first one was Kacper Pietrzak with Bartek Legięć who showed their game jam entry about pushing commuters into a Japanese train. 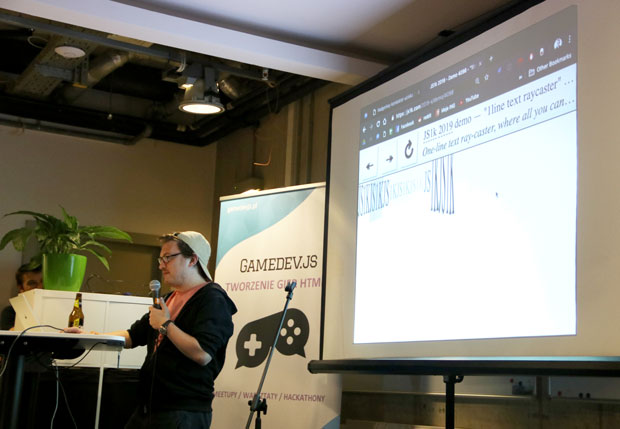 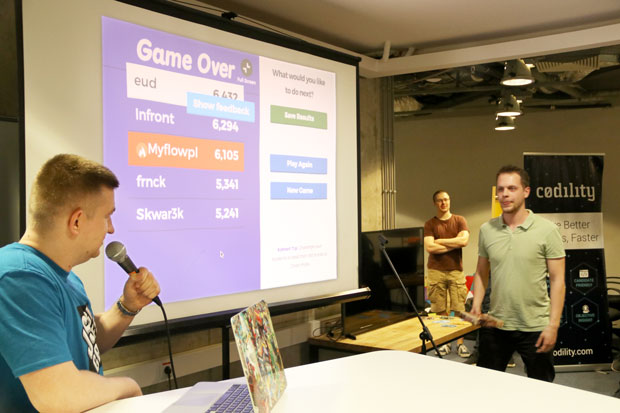 Last on the schedule was a quiz - we’ve used Kahoot, and Battlesta.sh provided us with cool card games.

Overall it went great, even though we had some issues here and there. Somebody said that the best you can tell someone organizing an event is that “it looked ok from the outside”, and that was the case for us, so that’s cool.

I was worried we’ll have poor attendance numbers, especially since it was a come back to independent meetups after some time, plus it was hosted between holidays and a long weekend, but it turned out perfect eventually - from what I counted we had about 35 people and the place was more or less full.

We already have plans for next meetup, and the ball started rolling. It’s awesome to hear people enjoyed it, there are some wanting to give talks, and the overall sentiment is very positive. Be sure to check the photo gallery from the event, the talk recordings will be up soon, and hopefully see you next time!