I don’t always publish blog posts about random things, but when I do, I really mean them. Plus I needed to show you a very cool addition to my sticker collection. 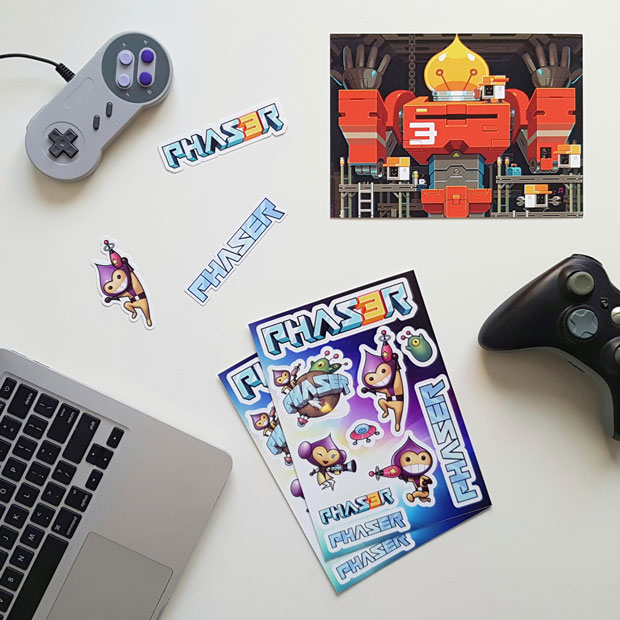 I had a draft of this article written a few weeks ago, buried among at least a dozen of others (some of them waitinig for months or more…), but given this particular one doesn’t have to be too long to be released I decided to finish it.

So, the message is: you should support the development of Phaser.

I’m trying to find the time to prepare my own Patreon page, which takes the usual delays I have with everything, but while this might, or might not work out in the upcoming months, there’s no excuse to NOT support Richard Davey, the author of the Phaser framework. It’s the only reason I logged into Patreon (after registering years ago to reserve the username) to setup the payment method, and the very first person I started supporting there.

He does an incredible job delivering the best HTML5 game framework there is, and for the past months he was tirelessly working on the third iteration. Instead of living peacefully doing some well-paid client work, he makes lives of so many game developers easier. And the best part is that Phaser is a free software, open and available to all. It’s 100% funded from donations, and here’s where we all can chip in.

There are many ways to do so, with the main one being the Patreon page - you can set a monthly recurring payment and the tiers start from just $1. There’s an important change done recently though - up until now you could pay more to get to a higher tier and gain more benefits, but now it’s up to you how much you pay, while the number of benefits for the lowest amount is insane already. 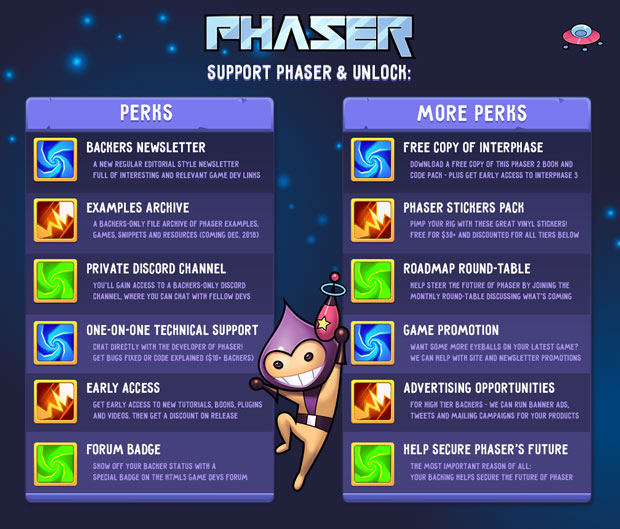 Plus the monthly amount was transformed into a patron number counter, which is also quite cool, and it’s increasing like crazy in the past days. If you’re not into Patreon though, you can send a one-time payment through PayPal - be sure to check the button at the bottom of the Donate page.

In my preparations to start 100 Days of Code I’ll move from Phaser 2 to Phaser 3 - finally, since I haven’t released any game in the past 1,5 years anyway. I’ll probably update my Enclave Phaser Template, either in the main repo, or as a new branch. The roadmap also contains learning Webpack or similar, and moving from Sublime to VS Code. Yup, my set of tools got rusty and needs some cleaning. Using Phaser 3 to make new games is at the top of the list though, so I hope I’ll be able to increase my pledge in the near future when I got back to coding.