I had the pleasure to be at the very first edition of the JSCamp conference that happened last month, on July 18-20th in Barcelona.

It evolved from AngularCamp conferences hosted in Barcelona over the past few years. The man behind the whole initiative is David Pich, who is doing an awesome job on his own (and with the help from the volunteers). He’s really into diversity on all levels, so I helped connect him with Mozilla, which ended up with Mozilla becoming Diversity Supporter and sponsoring the Diversity Scholarship Program. It helped bring students, refugees, and other people from underrepresented groups. 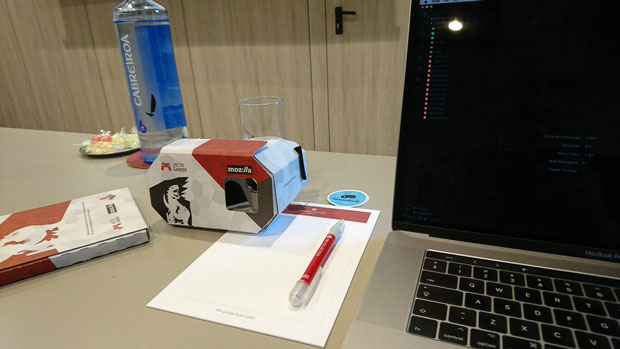 The first day, July 18th, was all about the workshops: Kyle Simpson did a deep JS foundations, Sean Larkin taught about Webpack, Eduardo Morote about Vue, Kamil Myśliwiec showed Nest, Sani Yusuf explained Ionic, and I did a WebVR game with A-Frame. We spent our 4 hours on building a game from scratch using A-Frame framework, and we ended up with a fully-playable… duck shooter. It is called Quack Whack, and you can shoot a duck into a target to make the duck go quack when it hits it. Sounds weird, but I can assure you we had lots of fun! 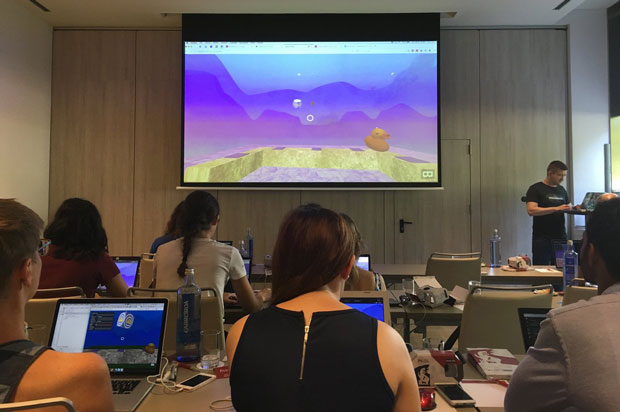 I’m quite sure it was the best workshop I did given the feedback from the participants. Many of them approached me afterwards to say thank you, ask questions, or discuss ideas. Some devs needed only a few hours to modify our workshop materials to make new games, and post cool gifs on Twitter, which was awesome to see. 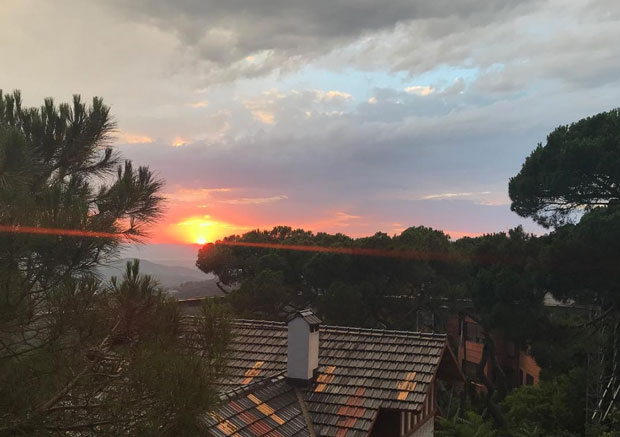 After the workshops we went for the speaker’s dinner at the top of the mountain Tibidabo, and had great view on the city during sunset. We had lots of tasty snacks of all shapes and sizes.

Conference days were July 19-20th, and the JSCamp was held in the Axa Auditorium that hosted more than 500 people. Over the course of two days we had many very interesting talks on various JavaScript topics. I’m more into games rather than front-end, but I was still able to find something interesting for myself too. 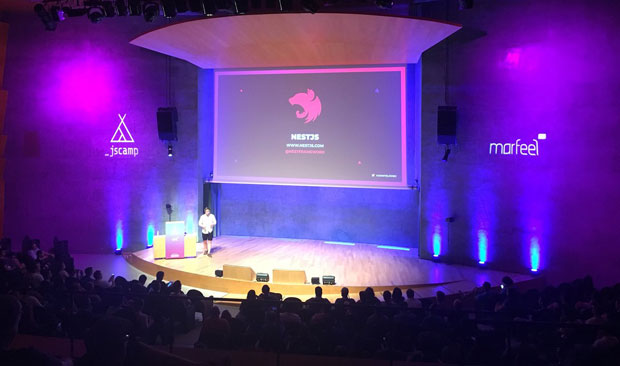 It’s worth noting Kamil Myśliwiec did a great talk about Node.js, introducing his Nest framework. He said it was his first talk ever, but it looked fully professional. I was enjoying Michaela Lehr’s talk about WebXR, Sean Larkin showing new Webpack, Kyle Simpson assuring us to keep betting on JavaScript, Anuj Nair explaining Electron, Elisabeth Engel breaking up with the front-end monolith, Martin Splitt on searchable apps in Angular, Lian Li about machine learning, and many more from Johannes, Ashley, Steve, Evan, Kenneth, Mike and others.

Those were intense three days fully packed with a great amount of knowledge, but also a good opportunity to meet with the local communities. I’ve attended two meetups hosted by Marfeel, the main sponsor of the conference. They invited the speakers to their place and offer meeting them for free. The first evening (on Thursday) was about Webpack with Sean Larkin and Vue.js with Eduardo Morote, and the second one (on Friday) was about Ionic with Mike Hartington. The venue of the meetups was nice, especially the big terrace where we had a fun time fighting with the foam rockets (and ended up dopping way too many on the street below). After the second meetup (in the late evening) we went to the beach, and it was one of the best decisions that week. The temperature was just about right, and the streets were full of people. We even went into the water for a bit, and ended the conference chilling and chatting. 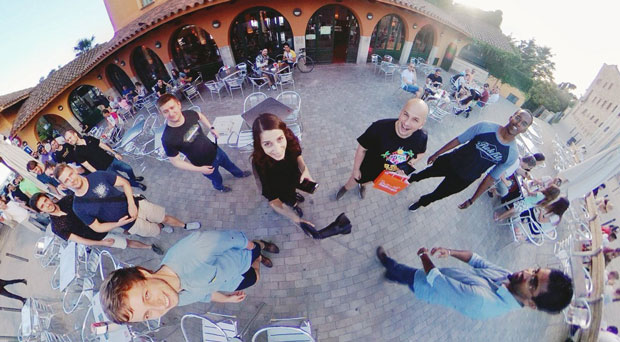 Overall JSCamp was a great experience, and David did an awesome job organizing it. I can really recommend the event to anyone - you should definitely send your talk proposals when the Call for Papers will open for 2019!