This month’s report will be similar to the one from June - I had a longer trip, then returned and gave WebVR talk in Warsaw, while doing js13kGames preparations. 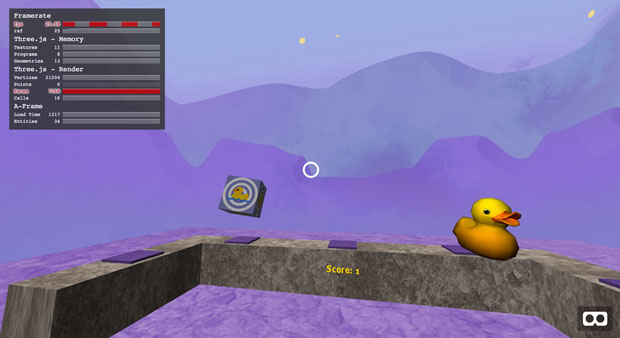 Built Quack Whack from scratch - a game for the WebVR workshop at JSCamp in Barcelona. The same name was used for the SwingDev workshop back in April, but it’s a different game (other than using a duck, for which the model is also different anyway).

We’ve completed the new football level in Flood Escape, although with some solid delay, thanks to me. I also worked on integrating APIs and SDKs for a few publishers in some of our games.

Not much. Wrote an article in Polish called what can we learn from 800 games made for a jam based on one of my talks, and started js13kGames blog (and then restarted it on Medium).

I visited Barcelona for the WebVR with A-Frame workshop at JSCamp, and then got back to Warsaw for a WebVR talk at Front Club Open #4 meetup.

Someone asked me in an email if I need any help with js13kGames, which got me thinking and I realized I didn’t even tweeted I’m looking for sponsors (which my community knows well), so I did.

This alone resulted in an incredible story not many will believe (I can tell you if you buy me a beer and ask for this specifically), and also getting me at least two sponsors. Lesson learned: co-mmu-ni-cate more!