Double the fun at the National Stadium in Warsaw: Code Europe and GDG DevFest

Let’s quickly summarize two conferences that happened in Warsaw recently: Code Europe on December 7th and GDG DevFest on December 9th. Both events were confirmed very late and both happened just before I flew to Austin for Mozilla’s All Hands. 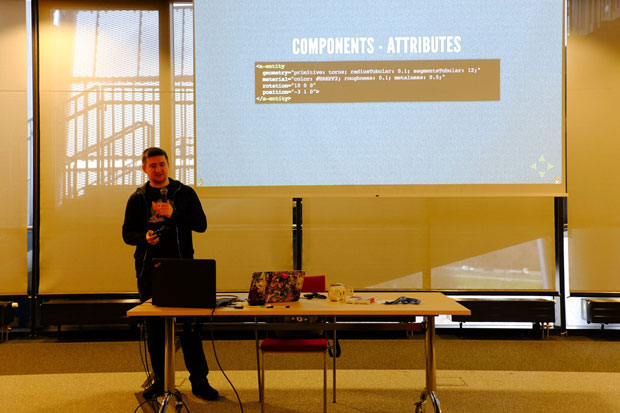 I almost missed Call For Papers for the first one, and the second was confirming the venue till the very last minute. Interestingly enough, both were held at PGE Narodowy, the National Stadium in Warsaw. It is the football stadium by default, but there’s plenty of room for organizing even the biggest conferences. The location near the city centre is also a plus.

It’s a huge event mostly revolving around job fairs, with plenty of companies looking for new employees, but it’s also about the conference having few different tracks to chose from. One of them was Gamedev, which I gladly represented. It was also a great opportunity to talk with some old friends from previous companies I worked for (or even Mozilla Tech Speakers from different parts of the world). Learning what they are doing now, chatting about some random stuff, sharing plans for the future. 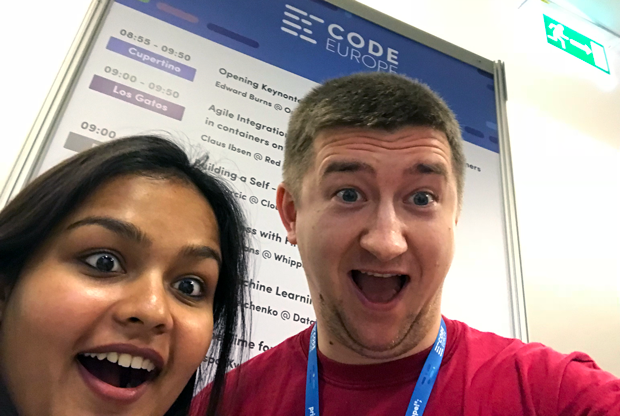 My talk was at the very end of the day, the last one possible, so I was expecting something around 5 people, but was pleasantly surprised by a solid little crowd - maybe 30-40 people, with the strong visibility of the friendly Codility team in the back of the room.

The talk itself was about the js13kGames competition: What can we learn from 800 games made for a jam, 13 kb each. The presentation went smooth, and I had a few discussions after it ended, which is always really cool. From what I heard all the talks were recorded, so you’ll be able to watch mine sooner or later, if you’re interested.

We as speakers had lunch during the conference, and all the other attendees had pizza served throughout the day. After all the talks ended, there was a speaker’s dinner where we could chill and talk about everything that happened during the day while enjoying good food.

Organized by the Google Developers Group community, with some problems in the meantime (it was suppose to happen around September in Rzeszów), but it went very well. The talk were interesting - beside the VR track I really enjoyed the other one about cryptocurrencies.

My talk was about A-Frame, and as usual I was able to slip in a little bit of gamedev into it. The talk itself was around noon (compared to Code Europe’s late evening), so I was able to get the room full of people. Some arrived after it started and were standing by the walls. I even noticed a few people in camouflage uniforms from some kind of paramilitary conference happening on the other side of the building, which was strange and impressive at the same time.

My talk was just before lunch (various sandwitches), but I made it almost on time. Again, had a few interesting questions and 1:1 discussions later on. The talk was also recorded, so the videos should be out soon.

I really enjoyed talking at both conferences and can recommend sending a proposal for Call For Papers for any of them, whenever they are open again. Thanks for inviting me, and good luck with the next editions!