May was a busy month for all kinds of Gamedev.js events in Warsaw - from a workshop, through hackathon, to a special edition of the meetup. 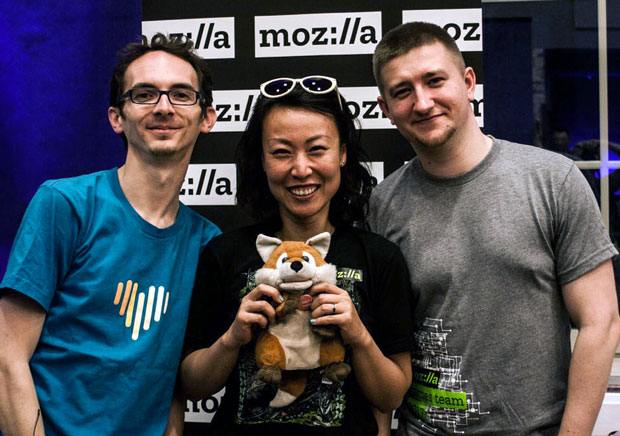 Flood Escape game was published on our friends’ website with “distributed by BlackMoon Design” note, hope to sell a few licenses thanks to Robert in the near future. I also worked a bit on the A-Break - a simple Breakout demo built with A-Frame for the MDN Games area.

Started writing the tutorial for the game I already mentioned: how to build a 3D Breakout clone in A-Frame. Also working on the other series of tutorials - Progressive Web Games. I’m going to use Enclave Phaser Template as an example and implement all the features there, so people could benefit from them out of the box when building HTML5 games. And yes, I probably mentioned both a few months ago already, but this time I’m seriously focusing on finishing them - wish me luck!

Lots of new types of events in May. First off was the workshop on how to start building HTML5 games with Phaser, and the hackathon the next day, so people could test their newly-learned skills. We’ve named it Gamedev.js Weekend as it happened during Saturday and Sunday. Two weeks later we’ve organized Mozilla Developer Roadshow with Gamedev.js in Warsaw - a special edition of our regular meetup, hosted together with the Front-Trends conference organizers and, of course, Mozilla.

People are receiving their js13kGames 2016 t-shirts, and the Facebook gallery full of happy people is growing strong. I’ve refreshed the website for 2017, added the countdown, and I’m already preparing everything for the upcoming competition. It’s two months away, and it will be a busy time, as usual.

Both winning games from last year were heavily upgraded and prepared for the standalone release. Evil Glitch already debuted on Steam while Glitchbuster is past Greenlight and preparing to be ready - be sure to grab the first one right now and remember about the other when it’s available!

Gamedev.js Warsaw #6 will return to Crux and we’ll have a regular meetup in June.

I’d like to work on the A-Frame and Progressive Web Games tutorials as much as possible, but js13kGames 2017 preparations may take some time out of it. Plus the usual stuff like managing emails etc - definitely not the fun part, but the one that have to be done.