Our fourth meetup was organized a few days ago - we met at the same place as usual on Thursday, April 20th. The talks we had were quite original this time.

We were expecting a little bit less people than last month, so were shocked when the time to start was quickly approaching, but the interest was very low. When we were suppose to start only a few people was there and I was genuinely afraid that if it will stay that way I will just drop the mic, say we’re all going home and leave the place. Fortunately enough, after the next 5-10 minutes, people started showing up. 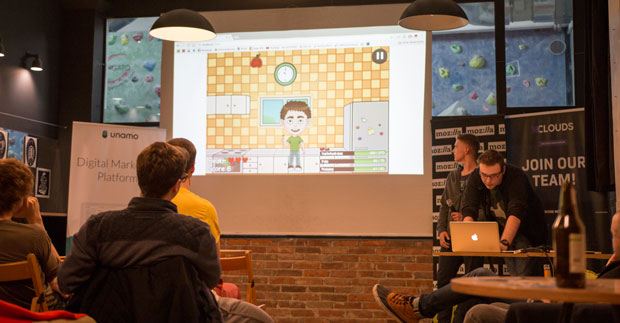 Around the end of the first talk there was already lots of people, and when we were having the third talk I noticed a few people took the extra chairs and just sat in random places, and some other people were standing in the hallway because the floor was full. It was incredible - I think we had even more people than the last time. 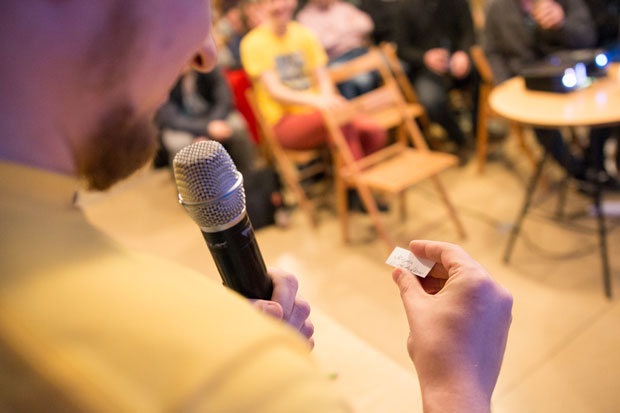 I suppose they just shifted focus towards the casual part of our meetup: when I said “that’s it, the talks are over” nobody moved for a few seconds. After that they casually started talking with each other, getting more drinks or finding good place to sit again. We had at least an hour of fruitful conversations between the attendees, which feels super awesome. I know our community is small and making HTML5 games is a niche, but it feels damn great to see a positive atmosphere when we meet. 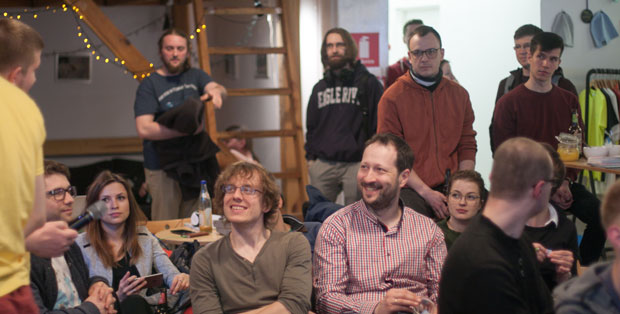 Anyway, the videos (in Polish) are already up - this time we had a talk about a game submitted to the js13kGames 2015 competition, building games for excercise machines, and how to make a working prototype during a one-day hackathon. You can also check the photos from the event. As usual - thank you goes to our partners and sponsors: Mozilla, KM Torso, 10Clouds, Codility and Unamo. 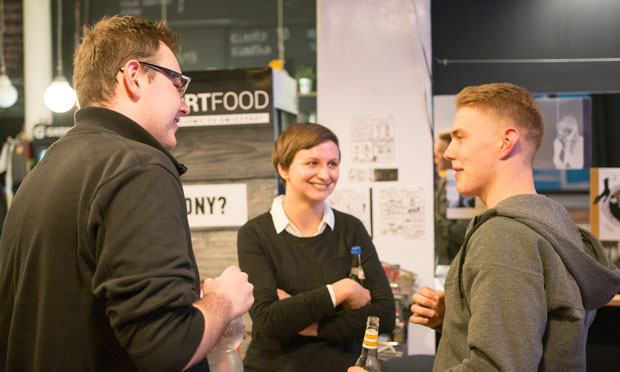 The next meetup is already scheduled for May 23rd and it will be a special one - we’re organizing Mozilla Developer Roadshow with Gamedev.js - it will be a collaboration between Gamedev.js (us), Mozilla, and the Front-Trends conference. The talks are already confirmed: Lin Clark will be speaking about WebAssembly, I’m gonna say a few words about A-Frame and Flaki will tell you about games on microcontrollers. Join us, and see you there!