Monthly report for January is here, although way later than it should be - check out what happened during that month. 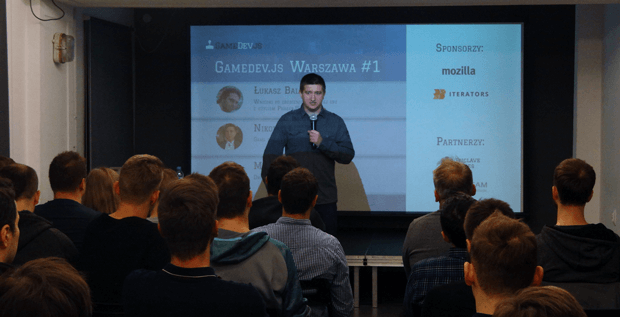 Wizard Quest got updated to version 1.1, which was something I wouldn’t expect much when I originally released it.

A brand new game called Flood Escape is in the works - the prototype was created during Global Game Jam, and it looks really promising right now. I wanted to finish it in the first week of February, but having the whole family constantly sick didn’t help, so it’s in the “almost finished” state right now.

Not much if you don’t count the Wizard Quest secured with Jscrambler blog post that was already mentioned.

Talked about Wizard Quest at the WarsawJS meetup. Finally started my own meetup too - Gamedev.js Warsaw. It aims to gather local HTML5 game development community in one place. I’m super happy it went well and can’t wait for more.

I’m helping with the BLUR launch jam - it ends soon so check out the details if you want to participate and win some cool prizes.

Working on Flood Escape while trying to avoid being overly sick all the time. Also, going to attend GDC in San Francisco - ping me if you’re gonna be there too and want to meet!