Last Wednesday, on January 11th I had the chance to speak at the WarsawJS meetup that moved to a new place - Warsaw Spire. I decided to talk about Wizard Quest as this story is very well received lately. 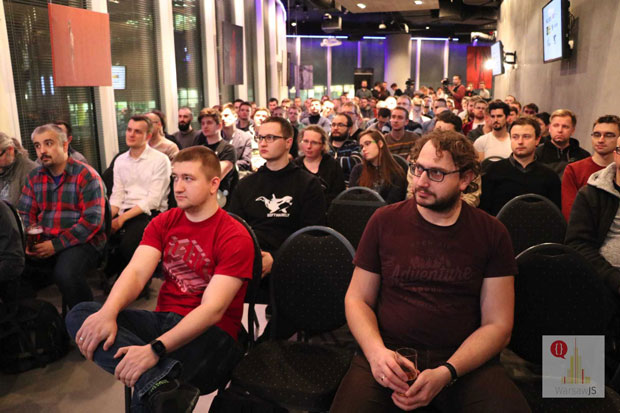 The venue is a restaurant called The Place on the 4th floor of Warsaw Spire - new skyscraper where lots of tech companies can be found. Check the photos to see for yourself how it looked like. We had free beer included in the “ticket”, and there was also some good food served after the talks. 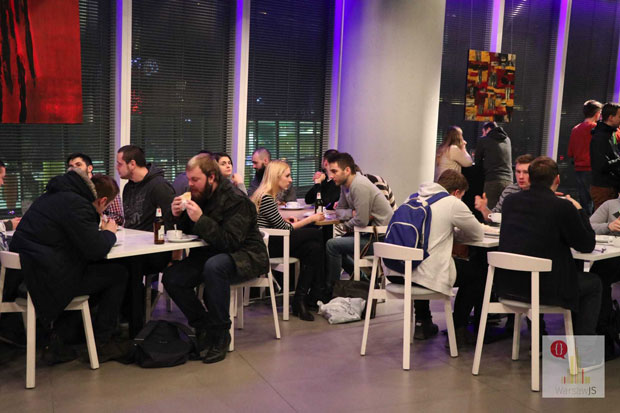 There was both space for the talks, and for chatting in the meantime. The number of attendees extended the expectations with something like 120-150 people, which is impressive. 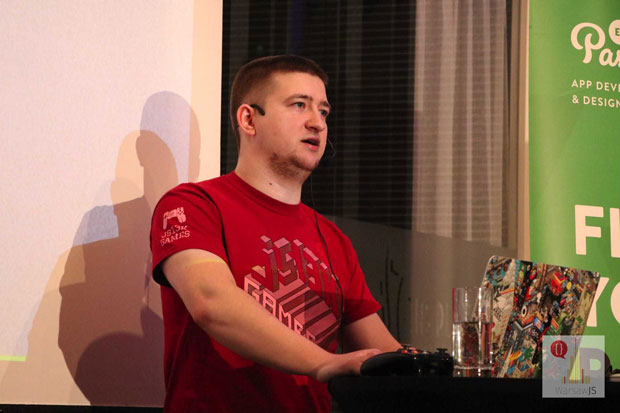 I was speaking as the first one out of three presenters that night, you can find my slides here. As usual with this specific type of talk I had a lot of questions from the audience and we continued talking afterwards. 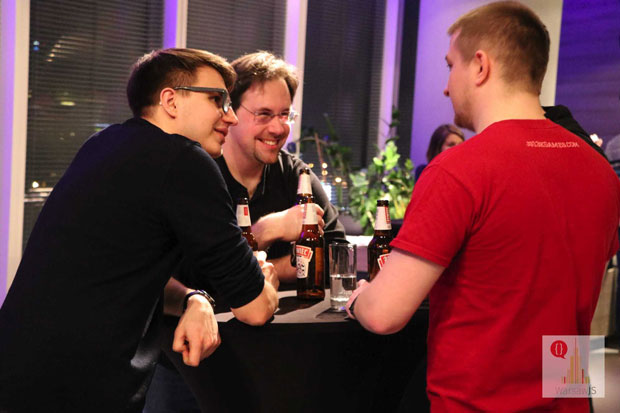 From the feedback received after the talk I can assume people liked it, and had similar experiences with their own projects. We also talked about game development in general, server-side games, monetization. It was great to meet passionate devs and exchange ideas and experiences.

Edit: you can watch the video of my talk here.