There were two cases when I gave two talks in one day, but both were during a single conference - Hungarian Web Conference in Budapest and 4Developers in Warsaw. This time I did two talks at two different venues, although in the same city. I even managed to go for dinner of the first one after the second one ended.

I was invited to speak at Code Europe that happened on December 7th. My presentation was early in the morning - I talked about WebVR and A-Frame, you can check the slides for details. The room wasn’t the biggest one (out of a few different tracks), but at least I got it fully booked - it was quite a surprise for me as I haven’t expected so many people.

After the talk I went for lunch, and spent some time talking with Phil and Yoshua. I finally met Lars - I was suppose to tour him around Warsaw a few days earlier, but couldn’t make it. Then I went for the booths and met some old friends, including current and former Britenet employees where I spent a few years of my front-end career.

I had to get back home in the middle of the day. Later on when Douglas Crockford was giving a talk I was already at the next event.

I was also invited to speak at The Awwwesomes workshop on the last, closing day of the second edition, December 7th. I already met Marta, one of the organizers, at JSConf Iceland. I’ve prepared a short talk introducing HTML5 game development - the slides are here, although in Polish. 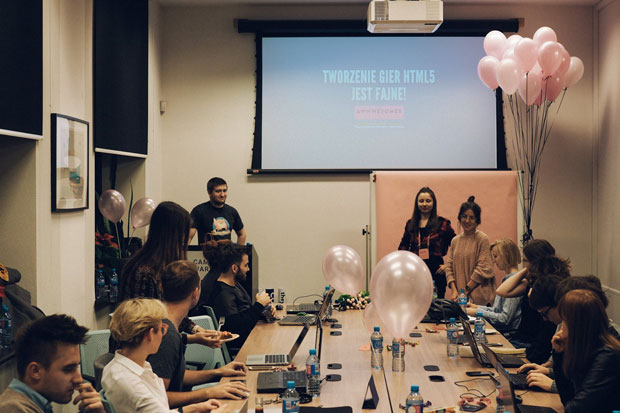 The atmosphere at the workshop was magical - the community around it is truly awesome and the organizers are doing great job teaching HTML and CSS, and doing it the right way. 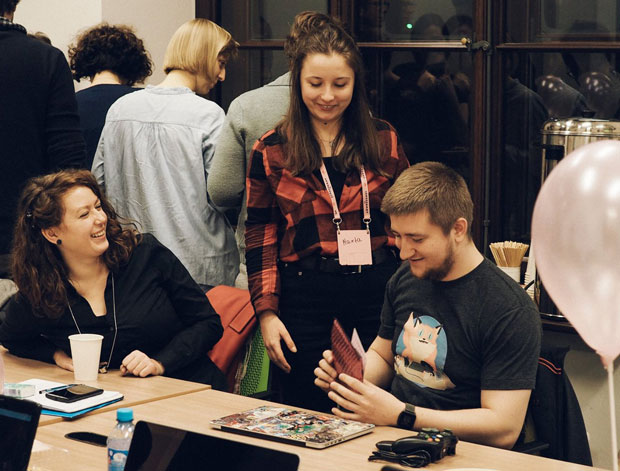 I even did get a nice gift - a pair of pink socks (which went straight to my wife), and a bunch of cool stickers. It was a pleasure to be there, and I hope to be able to met them again sooner or later, or even help in any way. 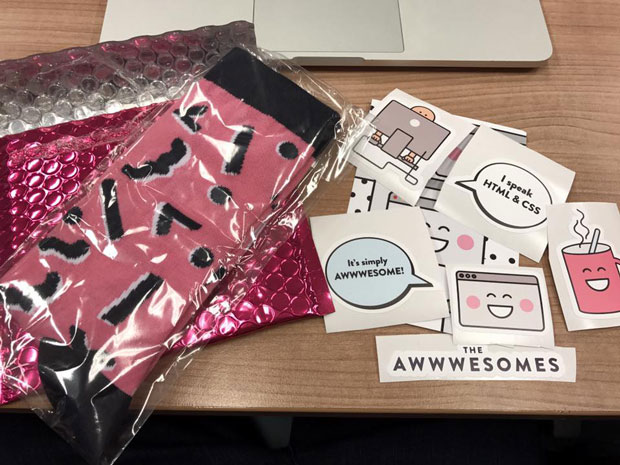 After the final workshop sprint, and all the presentations (by me, Damian, and one of the attendees of the first edition of the workshop), there was some time for cakes, photos, hugs and thank you’s from the participants to the organizes, and those included pink baloons and tulips.

I went directly from the workshop which happened at Campus Warsaw to the Gessler restaurant at Soho Factory - it was relatively close by. The dinner was held for the Code Europe speakers, and I had the chance to talk with Lars again, and drink some vodka along the way. The food was delicious. It nicely ended up a busy, but really cool day.