After the incredible trip to Iceland for the first JSConf there I had a week to prepare myself for the next journey, this time a lot closer - to Berlin. 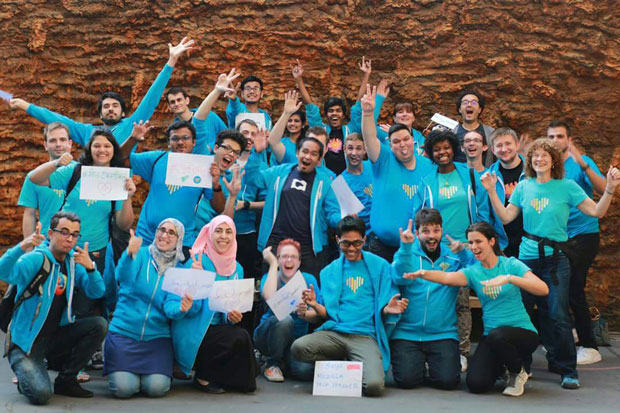 In Reykjavik we had two events at once - the JSConf Iceland conference, and the Progressive Web Apps workshop, so counting with the travel days it ended up being almost a week. For the trip to Berlin it was suppose to be even longer, because of the Mozilla Tech Speakers meetup, the European Community gathering and the View Source conference. 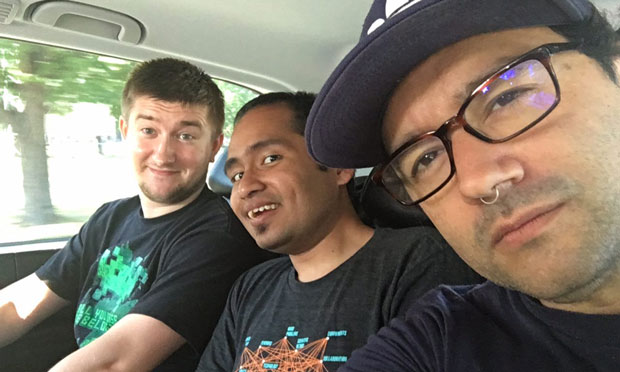 After the short flight from Warsaw to Berlin I landed on September 8th, Thursday afternoon and went straight to the hotel. We had some lunch, and then in the evening went together to a beer pub for dinner.

We started the Tech Speakers meetup the next day early in the morning, and went from the hotel to our venue, the Betahaus. The meetup kicked off with some announcements, and then we went with the scheduled 5-minute talks per person followed by the feedback from Denise Graveline (our speaking coach) and other Tech Speakers.

I picked the topic at random, and decided to talk about my uneasy journey of building a simple HTML5 game in 4 years, or how the Wizard Quest game was recently finished after way too much struggle. You can see the recording embedded below, or watch it here.

After the whole day of mini-talks and rounds of feedback we went to the Mozilla office and were updated on various important projects and activities happening inside Mozilla right now. 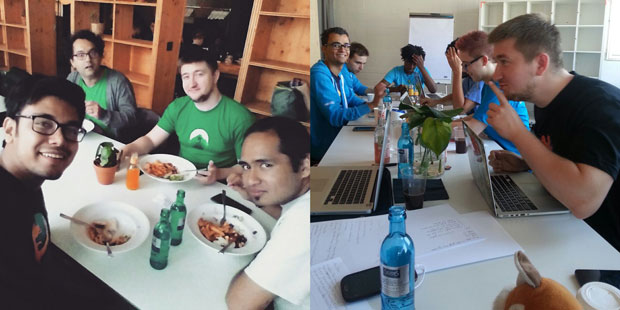 The first day was filled with those small sessions, and we finished them up the next day before lunch. After the break we continued with some activities - writing bios and preparing slide decks. Those were intense, but well timed activities, so we were busy just in the right pace all the time. 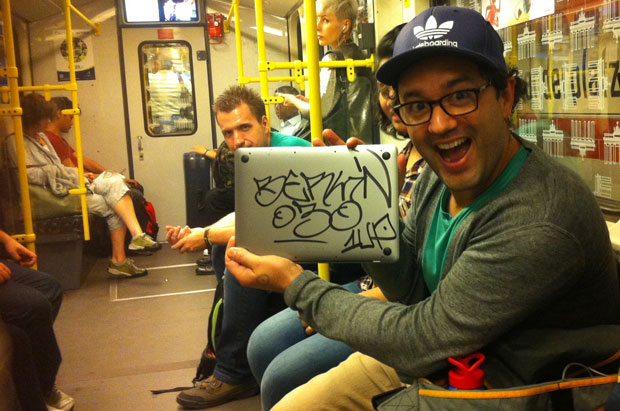 After the second day, on Saturday evening we went for the Berlin Art Tour checking out graffiti creations all over the town and learning the history behind them. It was very original tour, and really interesting - I highly recommend trying it out.

Aside the tour, during our time in Berlin, we also socialized at beer gardens and restaurants in the evenings. 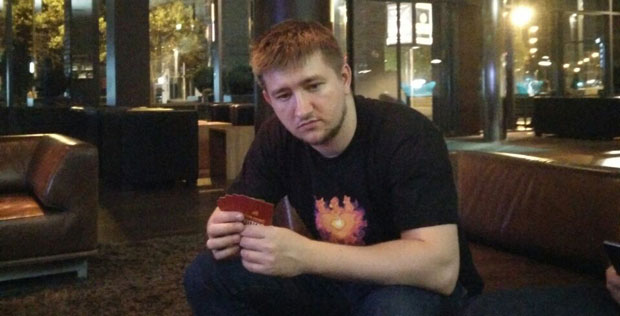 We also had a session of Cards Against Humanity and Exploding Kittens at the hotel lobby in the middle of the night. I played both games for the first time and can assure those who haven’t tried them yet - they are awesome.

The European Community gathering was an opportunity to meet with the fellow European reps. The gathering was announced after we had our plans for Tech Speakers meetup already prepared, and it was planned for September 10th-11th (Saturday and Sunday, while our meetup was planned for 9th-10th). The good news were that the gathering was suppose to happen in Berlin, in the exact same venue we had our meetup - Betahaus. The bad news were, as you can see, that it was suppose to collide with the meetup on Saturday. 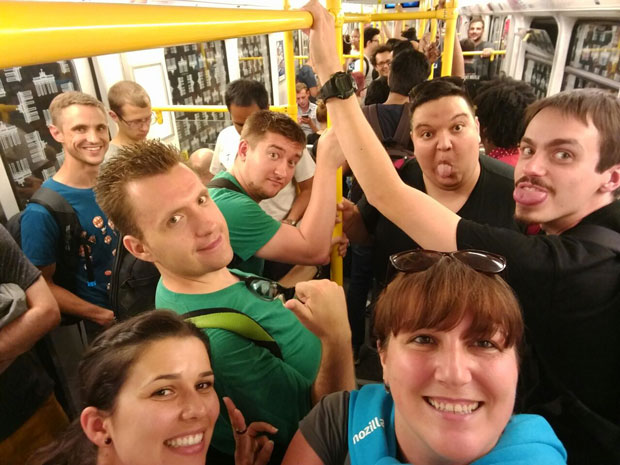 We still had the Sunday, but the bad news strike again - I had to work on preparing the finale of js13kGames competition where submission deadline was Tuesday, September 13th. It’s a shame, because the Polish Mozilla community is… not in the best shape, to say the least, and I wanted to be there (as the only Pole) to deliver that sad message. Unfortunately, the js13kGames competition had to be prepared - I would fail miserably with the organizational part otherwise, so I missed the gathering spending most of the time in the hotel.

The preparations for View Source started on Monday, September 11th - we were trained at the venue, Radialsystem V. It’s the same spot I gave a Firefox OS and HTML5 Games talk at Reject.js three years ago and run a WebVR and Games booth at JSConf.eu a year ago. After the short introduction and basic info we went for the Ignite talks that were happening in the evening. 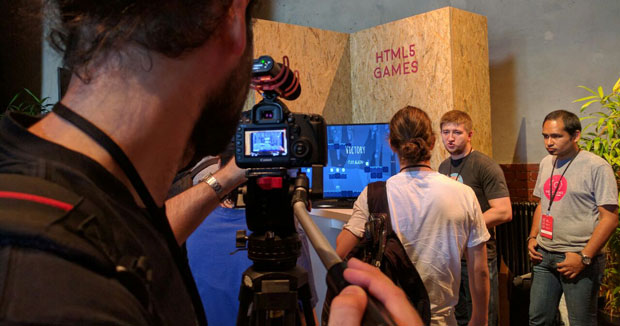 My main focus was on the HTML5 Games booth where I was helping out Belén Albeza show her Ludum Dare games, and some of mine in the meantime too, including the newest demo of Captain Rogers. As I was there I also talked about the js13kGames competition (I met Lisa Passing who did Quintessential back in 2014!) and other gamedev related topics, which was really cool. It’s great to meet and talk with fellow game developers about everything that excites them, and the future. 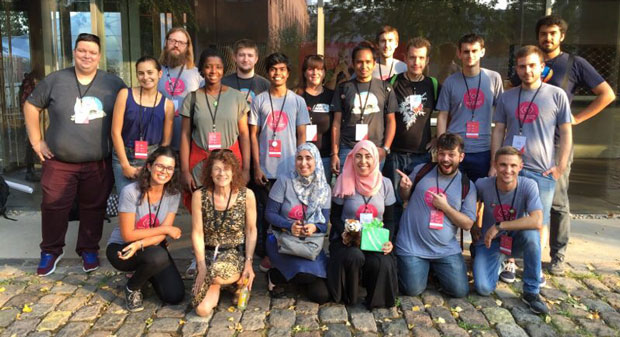 While not at the booth I was busy accepting js13kGames competition entries - the problem was everybody was submitting them the last day, so I had around one hundred entries to manually validate and accept on Wednesday, September 13th out of a total of 127. It was insane, but I somehow made it. Quick note for the next years: don’t travel around September 13th ever again. 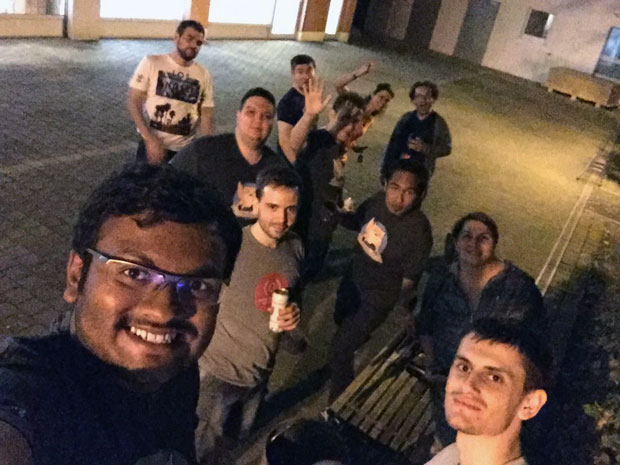 In the evenings we continued checking out the local places, including active support of YAAM (Young African Art Market which was actually a beach bar next to a river, hidden behind a secret wall full of awesome graffiti in the middle of Berlin) and drinking at the back of the hotel, because why not.

I haven’t got much time to see the talks, but really enjoyed the conference experience anyway as a whole - mostly talking with people about really cool projects.

This was an intense week - I was so tired and happy at the same time after it ended. It was aswesome to meet all the Tech Speakers in person (instead of seing their faces in a video call), in one place, and be able to talk, drink and spend time with them. I really hope we can repeat it someplace, someday.