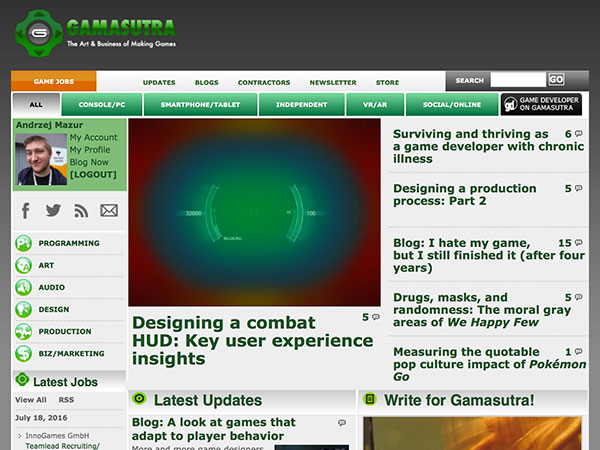 I did a few bug fixes for Captain Rogers: Battle at Andromeda demo, and added the Gamepad API support. I also worked a bit on preparing the prototype for Hat Tricks.

I’m working on the MDN Games series of articles about controls (keyboard and mouse, touch, gamepad, others), but it’s still unfinished. A short summary about 1GAM was wrriten in the meantime, and I hate Wizard Quest post was reblogged on Gamasutra getting a good feedback and being featured on the main page.

Nothing interesting happended this month.

Focusing most of the time on js13kGames. Good news for Gamedev.js Weekly - it finally, after some time, acquired a long term sponsor, Hired. They are sponsoring the competition too, and the newsletter got lucky in the process.

More time on js13kGames, trying to get the controls articles finished and flying to Reykjavik for JSConf Iceland at the end of August.