Ludum Dare #35 with a twist - the making of Shape Attack

As you probably noticed I’m trying to keep up building at least one game per month this year. It’s not that easy, but the game jams can help achieve the goal - that’s why I’ve decided to take part in Ludum Dare #35 last weekend. 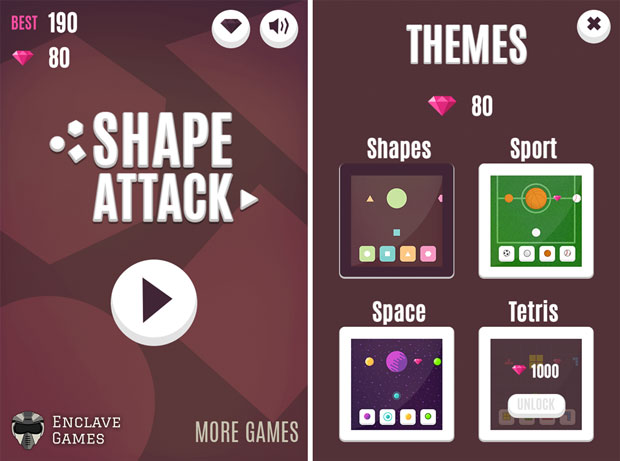 The thing is my baby girl Kasia was born recently, so I didn’t have much sleep since then. It was a bigger challenge than trying to make a game with a graphic designer being pregnant (which we actually suceeded by finishing Ritual Duel) because this time we had to take care of an infant yelling for attention 24 hours a day (and night). So, the team of now three was working on shifts - one of us was taking care of Kasia while the other was trying to focus on their part of the game.

As usual I did the coding while my wife Ewa did the graphics. The good thing was we had the Enclave Phaser Template already prepared, so we could focus on the gameplay instead of messing around with UI, states and such over and over again. 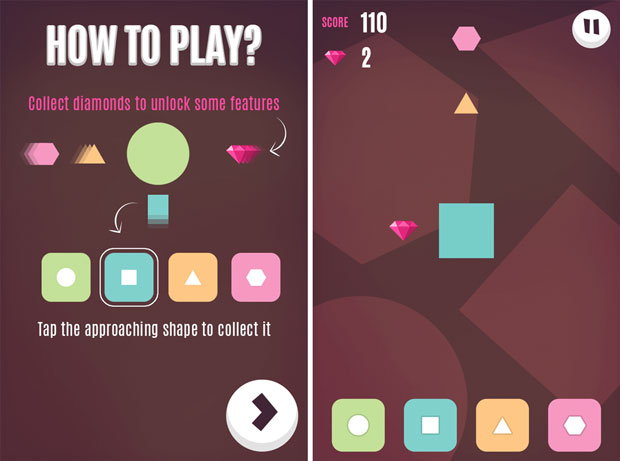 The theme of this Ludum Dare was shapeshift, so after a few hours of brainstorming we decided to go with something very simple - shifting shapes and collecting stuff. The game mechanic was inspired by the demo game Off the Hook from Richard Davey’s Interphase 1 book (get it, it’s great!). After all the time was limited, so we had to make the game as small as possible.

Play the game online at shape.enclavegames.com

Visit the game’s profile on LudumDare.com and rate it!

I know the game is not very original, it won’t win any prizes, but it’s more or less completed and that was the main purpose of our gamedev session. After all every finished game builds up your skill set and confidence that you can deliver. In this case I wanted to add something new to the mix and implemented collecting diamonds to unlock and switch themes - we ended up spending more than half of the total time on this, but we’re happy with the result. It makes the game more replayable, so you play it again and again not only to beat your highscore, but also unlock new content. I can assure you the Tetris theme is really cool and worth collecting the needed amount to unlock it.

So, given the whole backstory, what do you think about it?