I spent November writing gamedev articles for MDN, demoing WebVR in London and realizing I finished a game some time ago already. 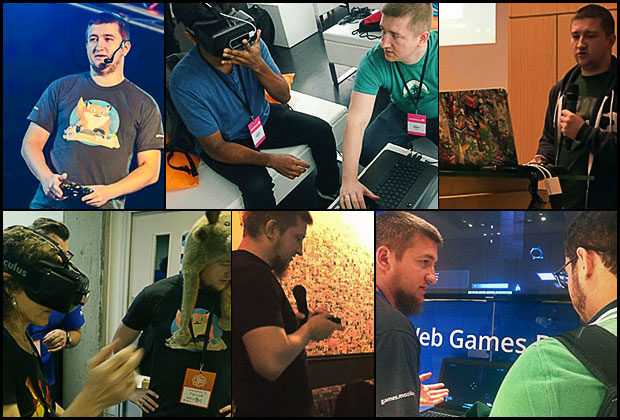 There was this secret cool game project that I was working on, which… was stopped, sadly. Hope to have it resumed shortly. I’ve published the making of blog post about Caveman Grru, and added Caveman Grru itself to the Enclave Games website.

Feel free to check it out and give some feedback.

I’ve attended MozFest at the beginning of the month and demoed WebVR there. This made me update my Speaking page (which should be more like Events right now) with the Booth attendance. I had to cancel a few events due to family reasons, and the last one this year will be the Mozilla Work Week in Orlando, USA.

I did a technical review of the Gamepad API article on Smashing Magazine, and also proceed with technical review of chapters 4 and 5 of the gamedev book for Sitepoint. Warsaw Open Device Lab was officially announced, and the Gamedev.js Weekly newsletter hit the mark of 100 issues which gave me a reason to organize a little contest.

More writing for MDN, spending a week in Orlando, finishing Wizard Quest (still), selling licenses for games to the publishers, and creating a new version of Captain Rogers with Phaser framework for Panasonic TV with Firefox OS.