I had the pleasure to go once again to Reject.js conference after two years when I talked about Firefox OS and HTML5 games, but this time in a totally different role - as someone taking care of the WebVR and Games setup in the Mozilla lounge. My stay was expanded to JSConf.eu conference too. 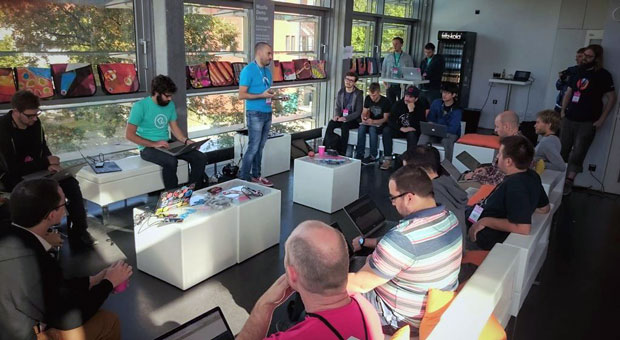 The venue was Radialsystem V in Berlin - a different place from the one I remembered two years ago. It was a big building standing just next to the river and having a lot of place outside so you can enjoy the nice weather. You could easily fit 500 people there. 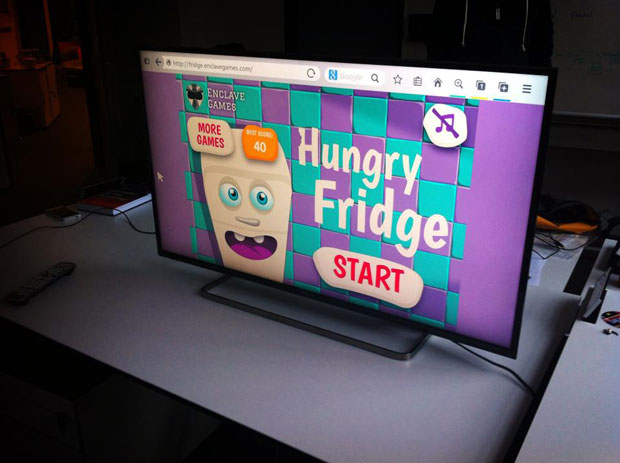 Unfortunately I missed all the talks from both conferences, because I was busy demoing the WebVR on the Oculus headset. I was prepared for that, so it wasn’t a big problem. I wanted to give a lightning talk about WebVR at Reject.js, but due to lack of time missed the opportunity miserably. At least Flaki did see a few of the talks, was furiously tweeting his thoughts about them and about the overall Mozilla presence, and managed to gave a lightning talk too which was really cool. 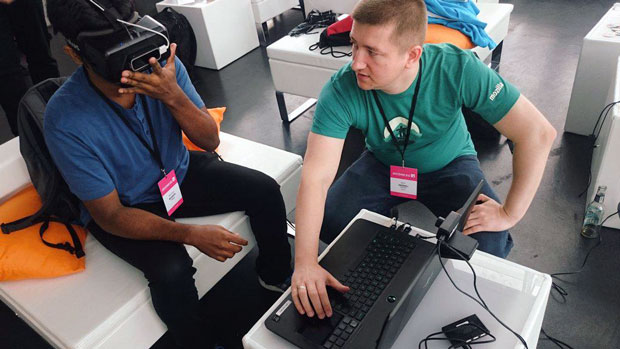 We had a separate lounge for us, so we had all the available space we wanted, but it was on the 2nd floor and people really had to be motivated to come over to actually visit us. There were many people who didn’t even know we were there after the whole day of the conference. 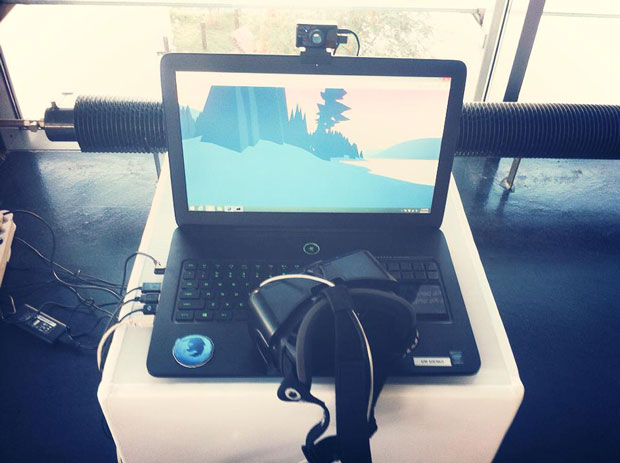 Florian and Panos helped us with the lounge. Mario did an awesome job at managing the whole place, he also took a whole bunch of photos of happy faces and shared them in a steady stream on Twitter. We had a huge Panasonic TV with Firefox OS demoed by Dietrich, Games laptop connected to another TV showcasing all the cool games created for the Web, and of course the WebVR station with Oculus Rift and Leap Motion being able to run immersive 3D demos. 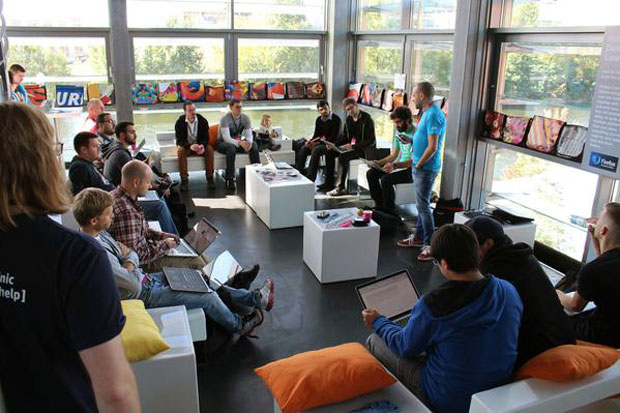 We also had hacking sessions for both the TV and the Flame devices alone run by Guillaume. It was an intensive few days and I think we managed to spark some interest for Mozilla and the Open Web technologies in many devs visiting our lounge. I really enjoyed talking with them about games and VR, and can’t wait to go to another conference and share the excitement. 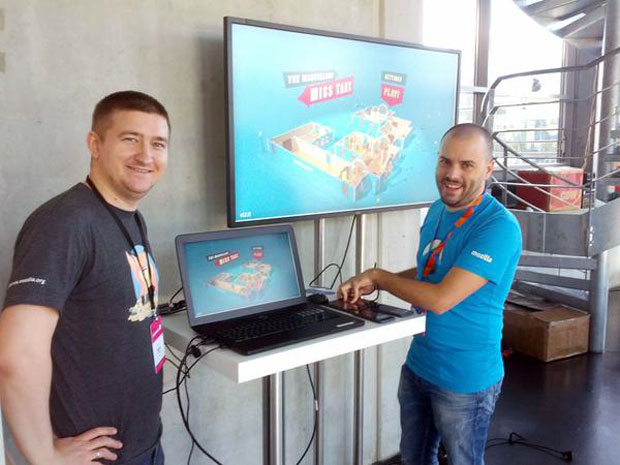 The food was great, at least the one I tried - again, having 500 people wandering around the conference venue during the lunch and visiting our lounge generated huge traffic and interest in the VR demos. I should have organized my lunches better. 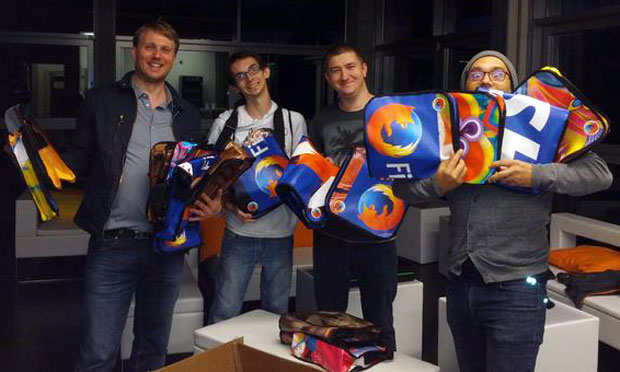 I enjoyed the first party following Dietrich, Florian and their girls. Later on I was very tired after the whole days of demoing, so I missed the other parties, or attended just the beginnings. Still, it was fun to drink, meet and talk with other passionate devs. 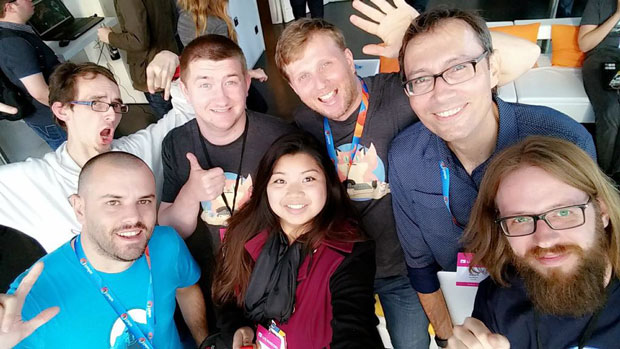 Doing the lounge was exhausting, but I enjoyed it. It was great to meet with fellow Mozillians, demo WebVR to so many devs and talk about the interesting future. And it was nice to know that I showed VR to so many people trying it for the first time in their lives.