I’ve visited Siedlce for the second year in a row giving talk about HTML5 games and Firefox OS. The technology is still considered new when it comes to making games, but more and more people learn that it’s not only for building simple websites anymore. 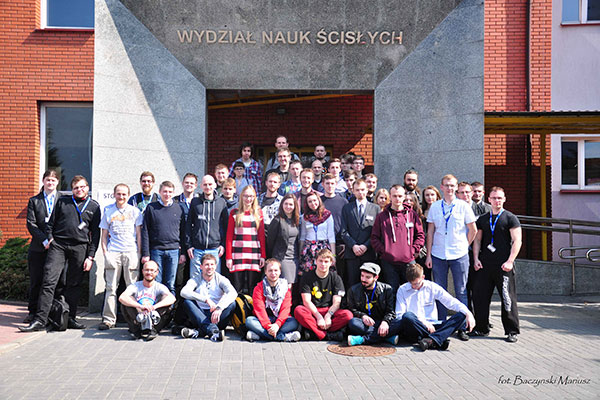 The IGK conference took place in the university buildings in Siedlce, which is just an hour train ride from Warsaw. There was around 100 people attending according to the organizers and it went pretty smooth. During the conference there was also the games fairs close by and the coding competition on Sunday open for all.

I gave my talk around noon on Saturday about the stuff I usually talk and received some good feedback. I also had the chance to talk with the attendees about the technology, Firefox OS capabilities and such. It’s great to see passion and interest in people and I really love to be there and provide answers to the questions they have.

There was a local TV around and they prepared a short video with the organizers, the famous indie developer Sos Sosowski and also me saying a word or two.

The other talks were interesting to watch with a few presenters mentioning HTML5 or even using it on a regular basis. It was good to see people are interested in the technology and are happy to experiment with it. The atmosphere was good and I really enjoyed talking with the developers about my experiences in HTML5 game development.