Many major cities in the world hosted Global Game Jam this past weekend. I was at the Poznań Game Jam promoting HTML5 and JavaScript as the technology of choice to create the games, along with Firefox OS as the perfect mobile platform for the job. 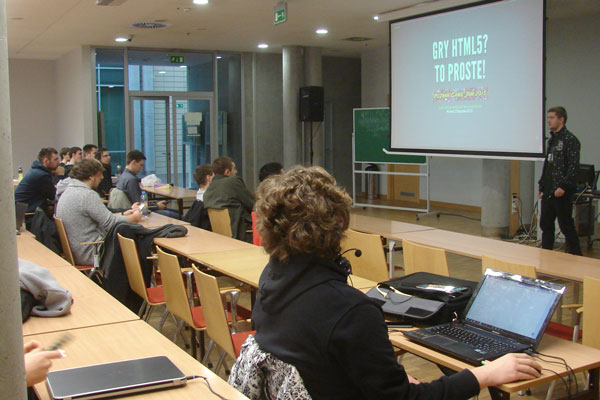 At the beginning of the jam we had a few talks: mine was (of course) about HTML5 game development. I’ve prepared a list of resources you could use during the Jam and after it ends to build, test, finish, advertise and monetize your game. 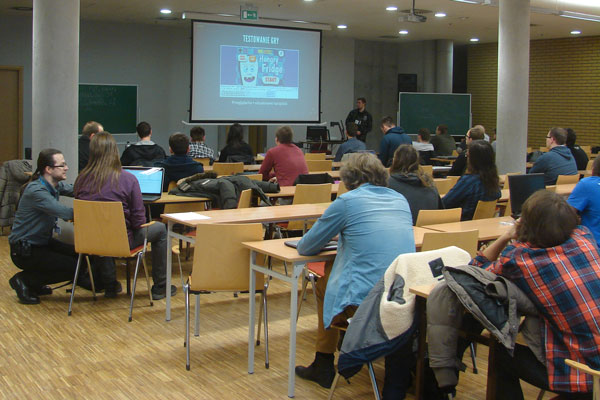 The venue was the same as the last year - Poznań University of Technology. It’s a cool place with lots of space for developers: we took over four big rooms full with the helpful hardware.

The number of attendees was impressive - 127 people were registered through the website. It’s impressive if you remember that a year before there were “only” 42 people. The number of games created during the jam is also (almost) three times bigger: from 10 in 2014 to 28 in 2015. 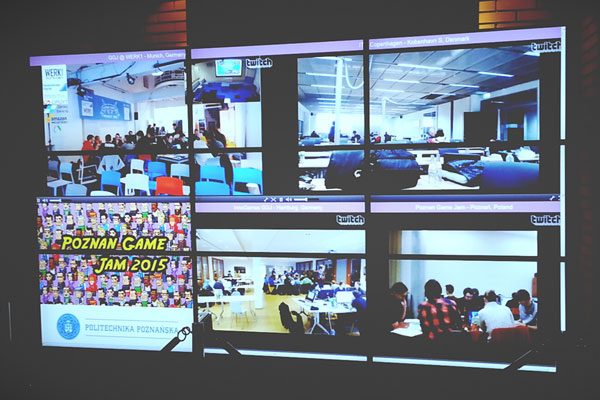 Thanks to Mozilla I was able to attend Poznań Game Jam this year both as a sponsor and participant. The prizes were suppose to be fun: Lego Star Wars, Nerf guns and Hot Wheels cars, plus the js13kGames t-shirts from 2014. Bonus prize for the best HTML5 game of the event was the new Firefox OS Keon developer phone I had. The Lego sets was the most popular choice and was taken faster then everything else. I was also able to cover the pizza from the available budget, though eating pizza for three days straight was a bit of a challenge, especially on the last day. The Enclave Games and js13kGames stickers I brought with me also run out pretty quickly. 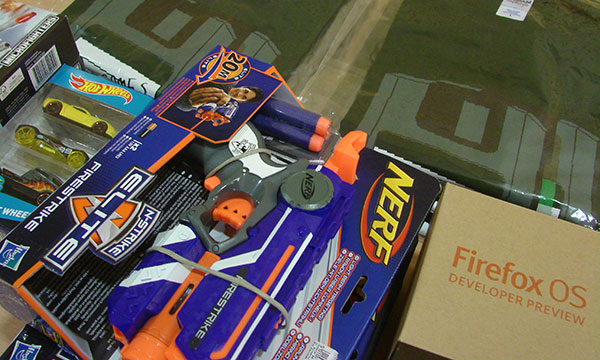 Let’s see some notable HTML5 games that was created during the weekend:

Tandem Pumping 1997
Unquestionable winner of your hearts: fun, original idea with great execution. The guys won the Keon device and I really hope they will port the game and publish it in the Mozilla Marketplace. The game was created using Construct 2, you can play it online here.

Squarescape
Small square running through a deadly environment sounds like something for you? Then you should definitely check it out. The game was created using Pixi.js, you can play it online here. 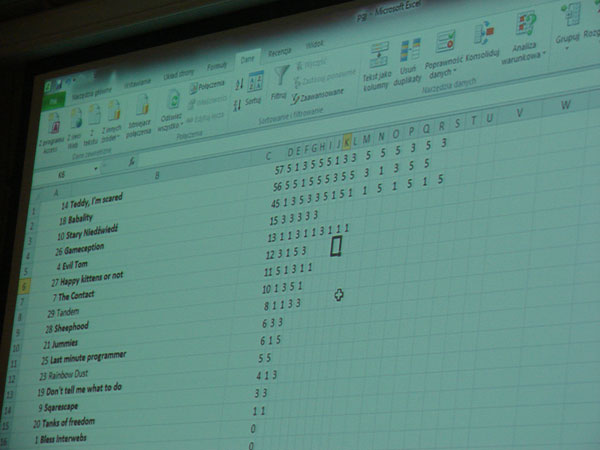 I’ve also shared the GitHub codes as prizes with them, so they can host the games and develop the post-hackathon versions further if they want to. 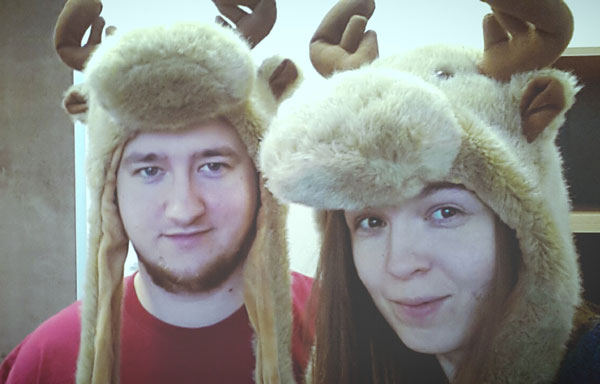 We (me and Ewa, pictured above) were able to finish the Postmen of the Galaxy game during the Jam - you can read about it a little bit more or play it directly here. 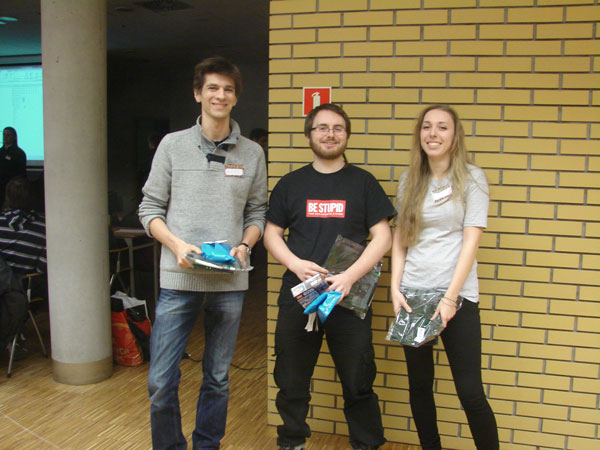 The team above won the Poznań Game Jam with their game Teddy, I’m scared! - an interesting take on the home-alone idea.

We had a few local TV crews, so the video coverage was quite impressive - check out one of the interviews and the short video summary.

The overall experience was great, the games were awesome - it was fun to spend the weekend coding games among old and new frieds and I can’t wait for the next year.