I was invited to the ZTG conference a year ago, but Mozilla Festival event was already booked for the same date, so I said I’ll try to visit them next year. I wasn’t sure whether I’ll be going to MozFest again this year, but I ended up traveling to Poznań instead of London. 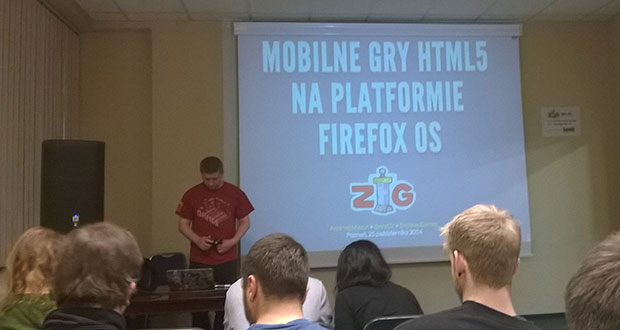 As some of you may probably know I was a front-end developer for quite some time now. Lately, with Enclave Games and other various activities, I’m moving my interest towards HTML5 games. I’m trying to grow the community in Poland, but it’s still a niche, so I thought about spreading the word about open web games to the new territories. That’s what ZTG is - a conference for game developers in general, no matter the technology. It’s happening during Poznań Game Arena, one of the biggest event for gamers in this part of Europe. 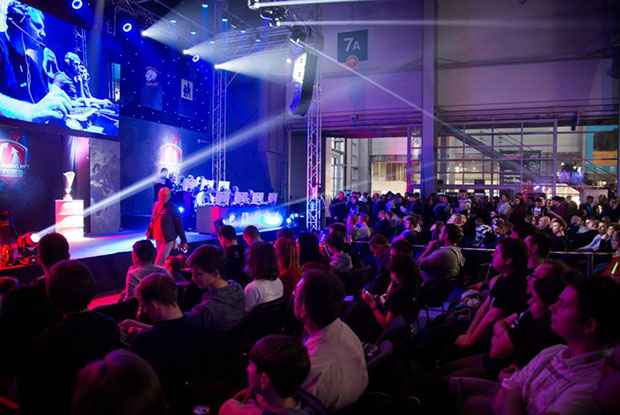 I started speaking at the gamedev conferences at the beginning of September: I was at the World of Gamedev Knowledge in Gdańsk on September 7th and Game Industry Trends in Warsaw on October 2nd with the similar topic: HTML5 games on Firefox OS, but with the indie dev approach. I did get some comments before that, I’ve adjusted my presentations so they don’t sound too technical and too Firefox OS-focused, as strange as it may sound. The story is different from my front-end presentations: after the initial feedback from gamedev people it’s more like a story of my journey through HTML5 game development with the help of Firefox OS instead of focusing on the tehnology itself. I’m more into how Firefox OS is helping me bulid HTML5 games for mobile in general rather than how to implement the Vibration API in JavaScript. 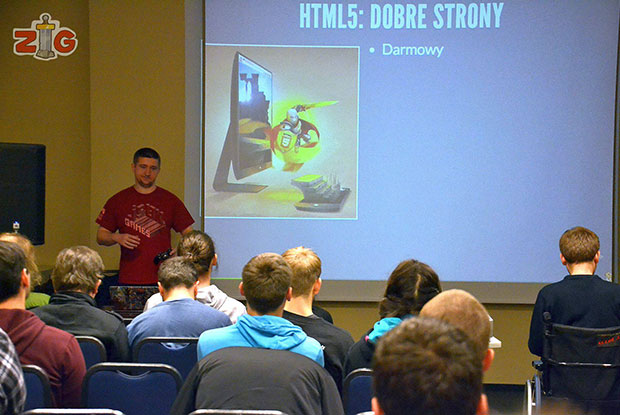 I have some personal insights, you can correct me if you think otherwise. I think the main difference between the front-end and the gamedev community is the approach to what you say and represent. I’m seeing front-end conferences as the ones for developers who are happy with their work and want to share some new technologies they’re using in the day-to-day work or in their own private projects. It’s about sharing the knowledge of how something works, how to implement it and why it’s cool. On the other hand the gamedev conference is for game developers talking about their games. It’s still about the work they do, but if you’re an indie developer you’re sharing the product and trying to sell it, with the help of sharing the knowledge, not the other way around. Independent developer have to sell his game to the audience, because it’s his main source of income. Developer working for a big company can focus on the technology itself, but the gamedev community is more about the games in general, sharing experiences, rather than talking about the implementation details. Or at least that’s what my first impression is - I’m gonna dive deep and see how it goes. The people are awesome, I met very talented devs trying to be recognized with their own games, promoting them as much as possible. 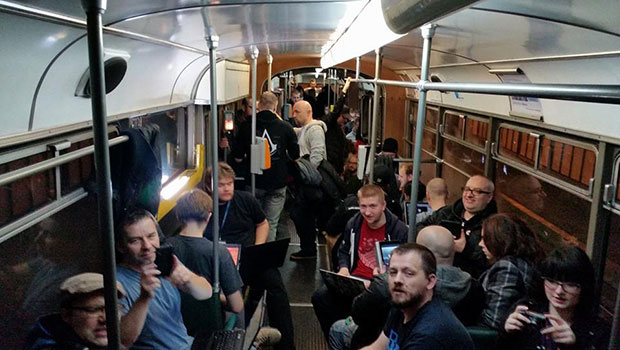 There was also a crazy 0h Game Jam (we had the time change on Saturday night), which Sos Sosowski organized in a tram driving us through the space and time, and through the city of Poznan, at 2 AM. We were building games for one hour and it was more like a crazy tram ride rather than serious game jam. 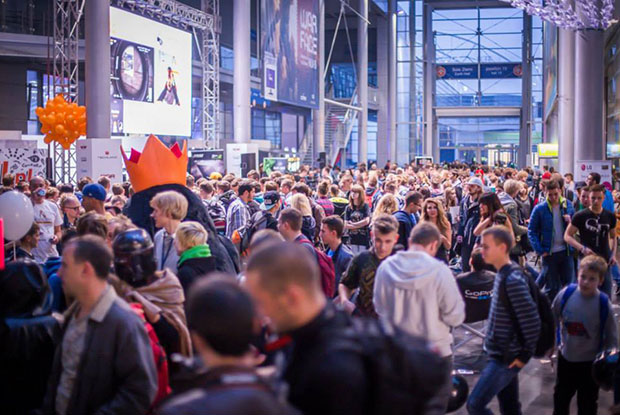 The overall experience was great - Poznań Game Arena was a huge event for gamers (almost 60 000 visitors!), with big companies showcasing their latest software and hardware. ZTG itself had its own building with three floors full of rooms for presentations, which was impressive. One of the halls of the main event was dedicated to indie devs and it was full of small developers making games for a living. There were many devs building games with HTML5, though almost none were promoting the technology itself, just focusing on promoting their games. It was an interesting experience from the front-end point of view, totally different than the usual JavaScript conferences. 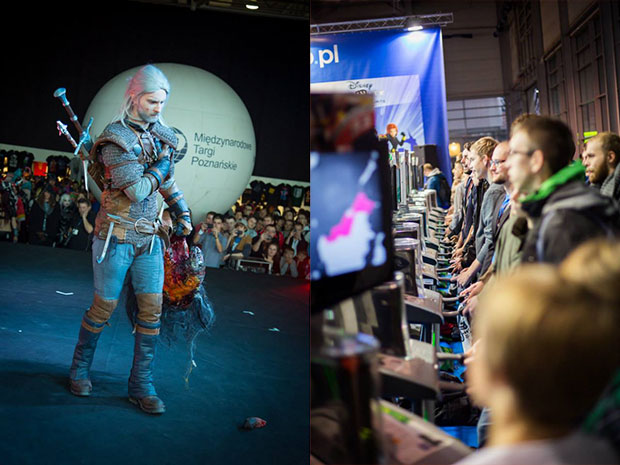 As I’m quite new to the party I did get the smallest room again (after WGK and GIT), but again I was able to fill it up with people, so I’m happy after all. I was a little bit afraid of the atmosphere, but people were very interested in this topic anyway and I had a bunch of question as usual.

You can check my slides about HTML5 games and Firefox OS, Enclave Games and other gamedev initiatives I’m involved in. If you saw my presentation feel free to leave your feedback in the comments!