Two talks in one day during the Hungarian Web Conference

After the successful visit at the ZTG Gamedev Convention I travelled to Budapest in Hungary to give two talks in one day at the Hungarian Web Conference. I was welcomed by the local community and enjoyed my time there. 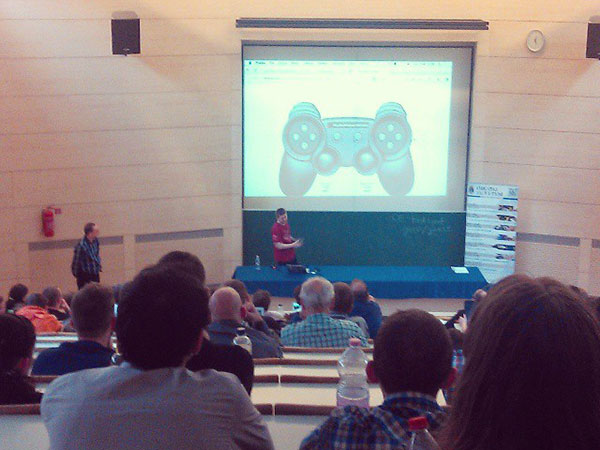 Angelina Fabbro from Mozilla gave the keynote about the Developer Tools, and I gave two talks: Take Control of the Game with the Gamepad API and Developing Games for Firefox OS - both sets of slides were controlled with the gamepad. Our talks were in English with most of the others in Hungarian. In the meantime we were spending the time at the Mozilla booth answering questions about our talks and everything related to Firefox OS. The booth was popular through the whole day, and at the end of the conference there was the 10th Firefox anniversary cake for everybody.

It was great to meet Flaki, Kami, Csaba and others in person. We had dinner after the conference, so we could relax and talk. The city of Budapest is beautiful, you should definitely see it for yourself.