Thanks to Mozilla I will be going to the Mobile World Congress (that will be held on February 24-27 in Barcelona) to demo our HTML5 game Captain Rogers on the Firefox OS devices. You can meet me at the Mozilla Press Event just before the start and then at the Mozilla exhibition booth through the conference. 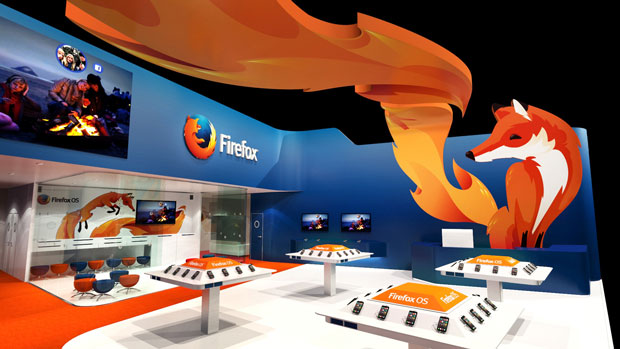 The Mozilla Press Event will be held on February 23rd at The Hotel Arts, 4 PM. It will be a great opportunity to talk with the press about what Mozilla want to show during the whole event in Barcelona. I will be talking about the development of Captain Rogers and demoing the game itself.

After that I’ll be at the Mozilla booth in Hall 3 of the Fira Gran Via, probably most of the time. If you want to stop by and talk, there will be a few official slots with Captain Rogers being shown: Monday 24th at 12:20-14:20, Wednesday 26th at 10:00-12:00 and Thursday 27th at 10:00-12:00. Be sure to play the game online or get it from the Firefox Marketplace. Let me know if you like the game me and Robert created – any feedback will be appreciated!

I can’t wait to be part of the Mozilla experience during MWC – I already was amazed by the Mozilla Festival a few months ago where I was running a workshops about HTML5 game development. Firefox OS was officially presented a year ago and this time Mozilla is back to confirm that the project is going well. If you’ve going to be there jump in and say hi!