After my talk at the RejectJS conference about Firefox OS and HTML5 games in which I showed Captain Rogers being ported to the Mozilla mobile operating system I thought I’ll spend the rest of the month being an attendee at onGameStart and chill out with my friends. But in the meantime there was another event on the way. I ended up as a Firefox OS support sent by Mozilla at the SmartDevCon hackathon in Katowice. It’s a crazy story where I started with Firefox OS and ended up with a Tizen device which I will eventually use for testing my HTML5 games created as Enclave Games. Anyway, after getting back to Warsaw I could rest and prepare for being an attendee of the onGameStart conference. 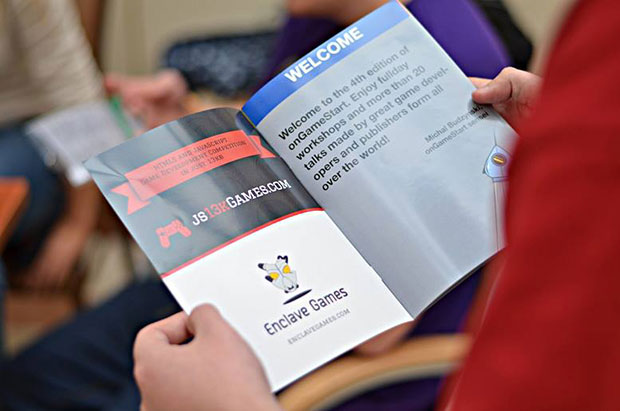 We spent the first day on workshops - Robert Podgórski from BlackMoon Design was showing us (me, Ewa and lots of other people) the Spine animation tool using Alice character from one of his game series. The tool looks really interesting and if there will be a case to use it I will definitely try. I didn’t even know that Spine is so powerful, yet so easy to use by a total noob like me. Plus there’s so much fun seing how your creations can look when you mess with the bones. 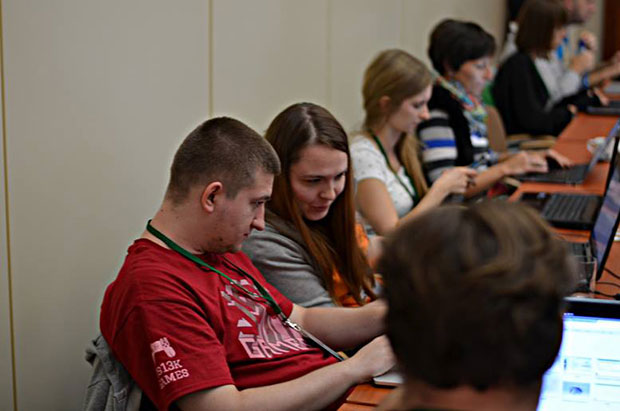 The talks I enjoyed the most was Piotr Gawle from Bushido Games talking about top ten mistakes (great list), Mat Groves showing PixiJS power (renderer used in Phaser game engine), Greg Balajewicz showcasing their multiplayer game and Alexander Krug showing exactly what publishers needs from us, developers. All the talks from the first day was great and I’m happy that I had the chance to listen to them. 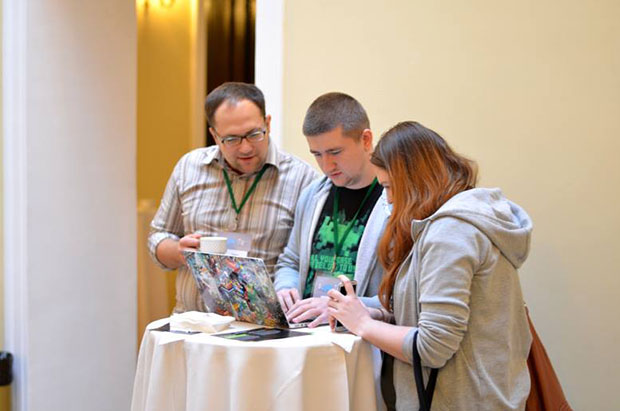 The fun part of that day was me being convinced by Michał Budzyński to jump in and replace Ido Volff with his slot. I had 2 hours to prepare my talk, so I picked my previous one from RejectJS in Berlin, changed the first slide and carry on with Firefox OS and HTML5 games. I heard it ended up quite ok when compared to my previous talks, I hope I’ll improve my skills with every single presentation. 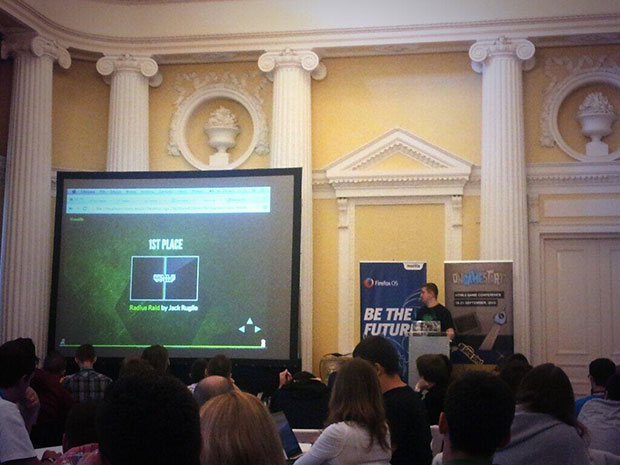 I couldn’t miss the parties - it was a great opportunity to talk freely with lots of interesting people about different topics, of course with a beer or two in the meantime.

The conference was awesome as usual - Michał Budzyński, the organizer, deserve a big round of applause. He created a conference for HTML5 game developers on the incredible level of quality, without any flaws or problems during the three-day event. Truly remarkable and worth of appreciation. Good job, well done!