How I've got Rejected in Berlin

So there was a week in Berlin that was fully packed with front-end events: RejectJS, CSSConf.eu and JSConf.eu. I was lucky enough to be invited to speak at the first one - it was a satellite event before the main JSConf.eu event. There was also a lot of parties around to integrate with the community. 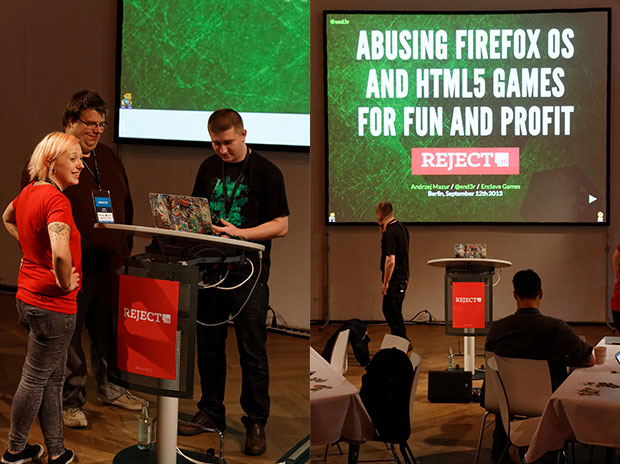 So I was talking about ”Abusing Firefox OS and HTML5 games for fun and profit” (see the slides and the video recording). I already gave the talk at Web-5 in France, but this one was slightly updated and upgraded thanks to the awesome feedback I received from Chris Heilmann. There’s still a lot to improve both with the slides and with my speaking, but I think I’m heading in the right direction. Gathered experience is invaluable and will help me get better and better in the future. 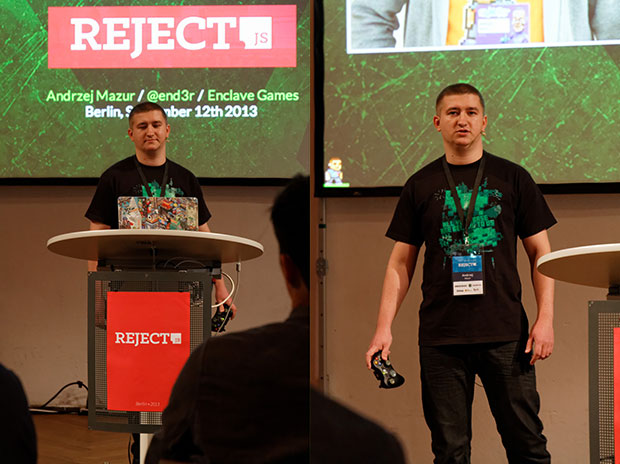 The conference itself was great - after all it was a satellite event but the level of totally everything was way above the average, regular conferences. The place was an old church used by JSConf.eu a few years ago, the organizers were very helpful and kind and the talks really interesting. There was even a closing song about all of us having a talk which was amazing to hear (can’t wait for the video - will update the entry when it’s available). 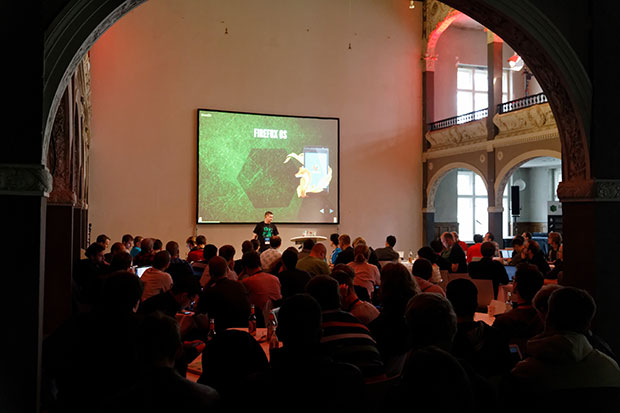 There was Gin.js for organizers and speakers of those three events, so I had the chance to meet and talk with people from JSConf.eu - those I wouldn’t normally see at all. After the RejectJS talks and before CSSConf.eu there was a big party for everybody wich I enjoyed a lot drinking beer and talking with lots of interesting people. 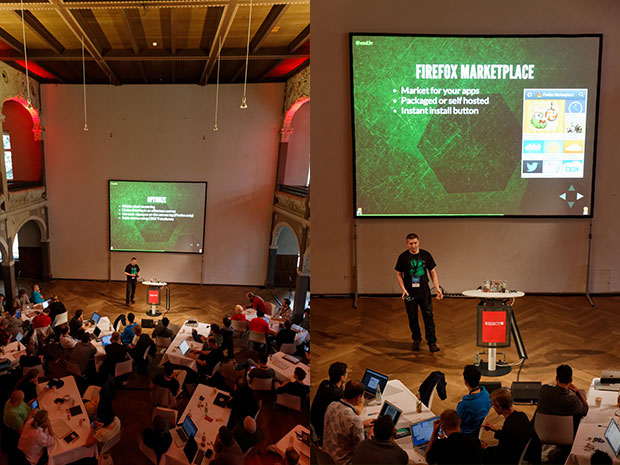 I was trying to get a ticket to CSSConf.eu and finally managed to get it just the day before the conference. It was worth it as the atmosphere was great, the food delicious and the talks very funny, smart and engaging. 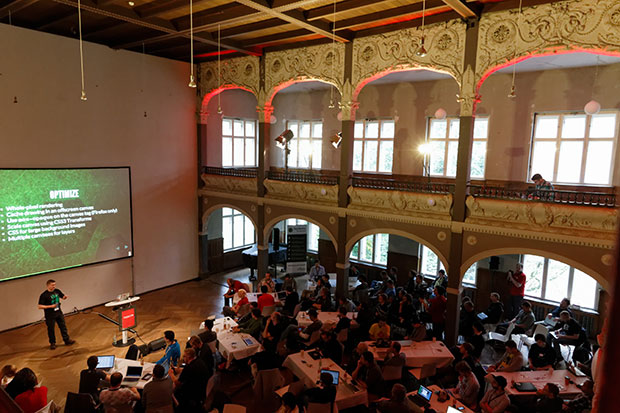 I have to thank Mozilla for helping me with everything as without them I wouldn’t be speaking in Berlin. It was my first time in Germany and I have to say that I have only good feelings about it. I didn’t have time to look around the city, but even driving to the airport was a great way to admire the city buildings. If I have an opportunity to get back there I will definitely do it!