Web-5 - lovely conference in a sunny south of France

I had the pleasure of speaking at the Web-5 conference in Béziers on June 14th about Firefox OS and HTML5 games - here are my quick notes about that event. I really enjoyed it, spent few lovely days in sunny France and met a lot of interesting people!

The trip was supposed to be easy: flight from Warsaw to Paris and a car drive across country to the south. Just the day before flying (on June 11th) I’ve received the email that the air traffic controllers are on strike (11th-13th, conference starts with my talk on 14th morning) and my Ryanair flight was cancelled. After a few hours we decided to take the Wizzair from Warsaw to Barcelona and travel to Béziers by car. Our driver was Martin Shwalbe - with some problems, but we finally managed to reach our destination. Thanks Martin! The day before the event I was finishing my slides. Later in the evening I had a great time talking with other speakers during the dinner and tasting some local specialities. In the night I’ve received some help from Mozilla Firefox OS team with Captain Rogers which was my case study game for the presentation, so I could show it in the Marketplace and on the device. 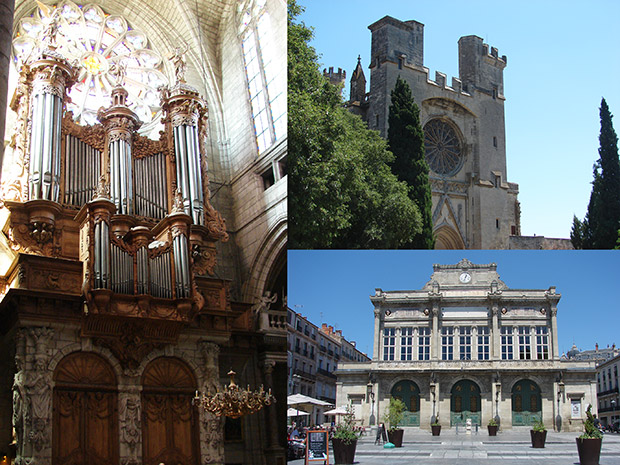 We (me and my wife Ewa) decided to use the two hour lunch break the first day to walk around the city and chill before the second part of the day. The Béziers Cathedral was the most impressive sight to see.

We travelled by foot from the hotel to the conference venue and it was an university building which looked modern and was announced as a environment friendly. There were two rooms with the talks being presented at the same time. 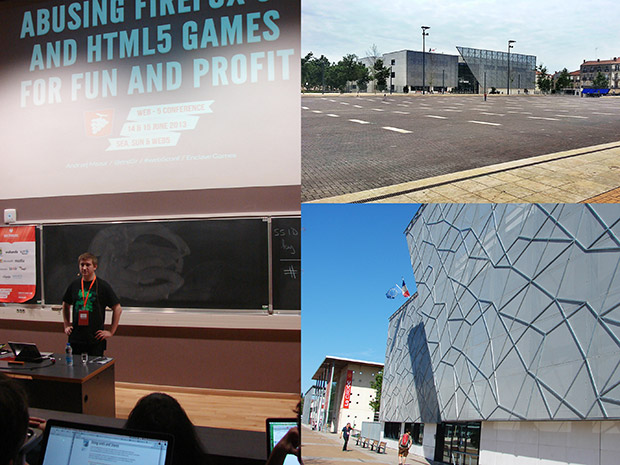 The talks were all on a good level, but the ones I enjoyed the most were Design best practice for a reusable CSS by Stéphanie Walter and Zombie Code by Marco Cedaro. Both were delivered with great care and the content was on a very good level.

The most important part of the conference was meeting all the interesting people and talking with them. The event organizer Pierre-Emmanuel Manteau was very helpful all the time, I enjoyed talking with Marco Cedaro and Irene Ros, Fabrice Matrat and Corinne Krych, Martin Shwalbe was our driver from Barcelona and I really enjoyed our discussion all the way. People were coming after my talk and asking about HTML5 gaming, it was nice to answer their questions or suggest solutions. The greatest value of a conference is definitely the community around it. 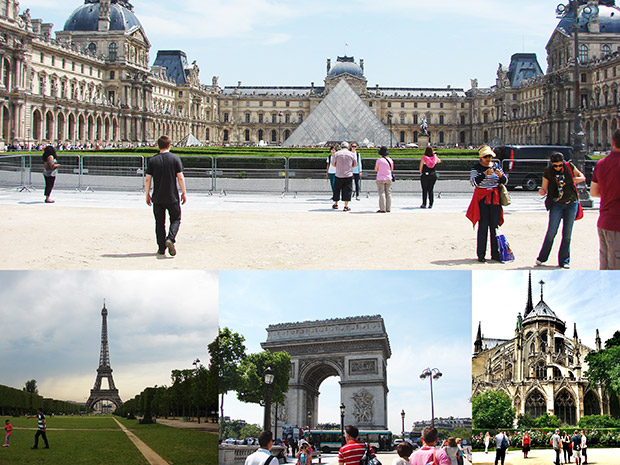 After the conference we travelled to Paris to visit Michał Budzyński (who was busy working at the newly opened Mozilla office in Paris) and see the city for the first time. On Monday we walked 14 kilometres and saw a lot of the most known monuments. Only one full day in the sun resulted in the tan that looked like a one-week sunbathing.

The Web-5 conference was perfectly organized, with lots of great talks, good food, interesting people, the weather was perfect - what else would you need? I definitely recommend visiting the next edition in 2014!