I missed the last meet.js in Warsaw (followed by Kyle Simpson’s workshops) because I was in Berlin for the Tech Speakers meetup and the View Source conference, but I couldn’t miss the next one which happened on November 24th.

Damian Wielgosik, who’s the godfather of the meet.js meetups, gave away the organizing powers for the Warsaw edition to Adrian Zniszczyński and Wojciech Połowniak. About 15 minutes before the start there was little to none people, but we can blame it on the traffic jams - a few minutes after the meetup started the audience was easily 100-150 people.

The meetup happened at PJATK, and this time there were two talks and two lightning talks, although the latter was way longer than usual. The first speaker, Damian Rogulski, was talking about his thoughts about JavaScript frameworks, language features etc, and my talk was after that.

As soon as I learned there will be the next meetup I immediately thought about trying out the Wizard Quest story of building a simple HTML5 game in 4 years as an idea for the full talk, because the Gamasutra article did get a good response and solid feedback. I already tried that topic as a 5 minute lightning talk at the Tech Speakers meetup in Berlin, and then as a casual, almost no slides storytelling session internally at Michał Budzyński’s HQ during his brown bag series. I challenged myself to shape it into a full, “normal” slide deck for meet.js Warsaw. 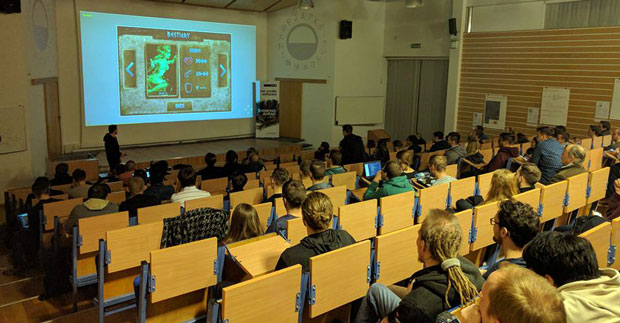 I haven’t practiced it much, so it ended up way shorter than 25 minutes, but fortunately there was plenty of questions about it from the audience, so we talked about gamedev for quite some time. Again, the feedback was quite good, especially when it was a new kind of talk for me - no source code, with memes and gifs all over the slides. 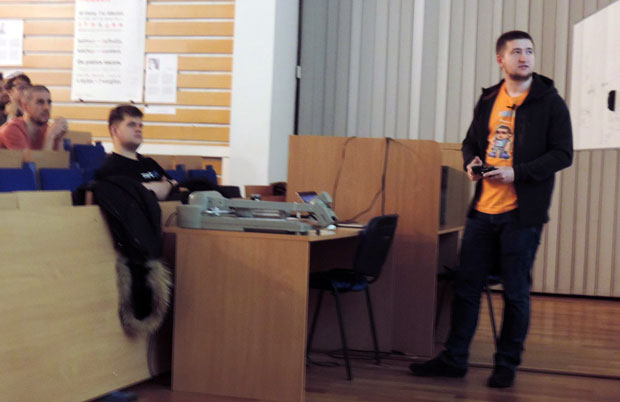 There’s a cool video with some shots from my talk - you should definitely check it out!

After that the lightning talks were about async/await explained by Staś Małolepszy, and JavaScript debugging by Adrian Zniszczyński.

Overall it was good to see so many JavaScript developers interested in what their fellow community members want to say. It was also nice to meet with some friends - we even went for a beer after the meetup to talk about casual stuff, so I can consider it to be a successful evening.